ST198: Extra’s Mario Lopez is still a wrestler although he no longer plays one on TV 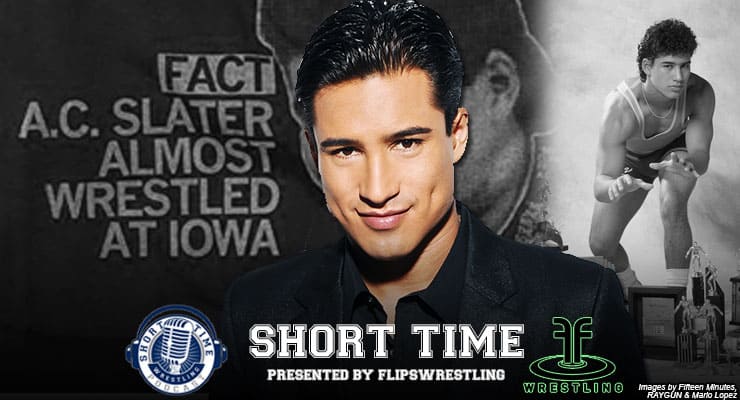 It's been a long time coming, but Mario Lopez is finally appearing on the Short Time Wrestling Podcast.

On Episode 198, we'll talk with Lopez, the current host of Extra, the Hollywood celebrity news show seen pretty much on every TV in the civilized world. Lopez was a high school wrestling state placewinner from one-class California back in 1991 for Chula Vista High School just south of San Diego.

Lopez started wrestling under Mexican Olympian Gabriel Ruiz and wrestled under San Diego theater legend Bill Virchis, who also doubled as Chula Vista's wrestling coach. Lopez talks about his time wrestling through his senior year with essentially no practice while shooting Saved By The Bell, where he played A.C. Slater.

We'll talk about the wrestling correlations between the Slater character and Lopez, what he remembers about wrestling in high school and how much he still loves the sport. You might be surprised to find out where Lopez, not his kids' show alter ego Slater, ALMOST wrestled in college.