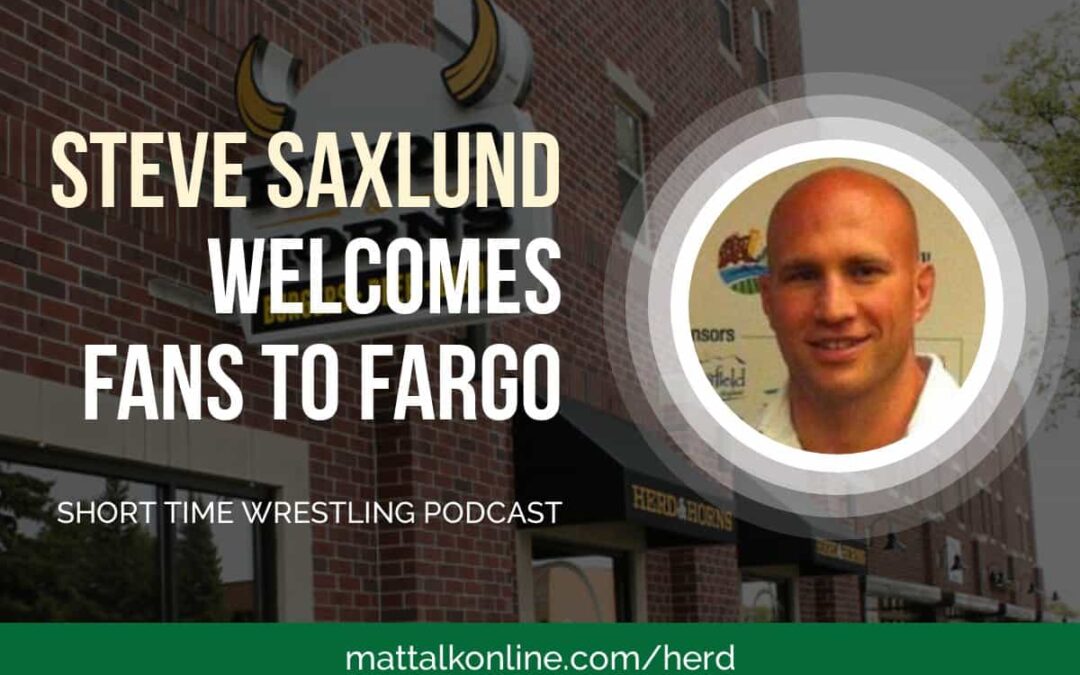 Steve Saxlund was a three-time NCAA Division II champion at North Dakota State. He's been active in the Fargo community since graduation and is also a partner at a campus-area bar and grill called Herd and Horns, which has become a popular spot for wrestling coaches and fans as the USA Wrestling Cadet and Junior Nationals return to the city each year.

Saxlund makes his first appearance on Short Time since 2016 to talk about the area, the quality of folks who live in and around Fargo, the restaurant and what specials may be looming for wrestling fans this coming week as #Fargo2018 will soon be upon us. He also talks about his successful apparel company, 3XGear, which is also based out of Fargo.