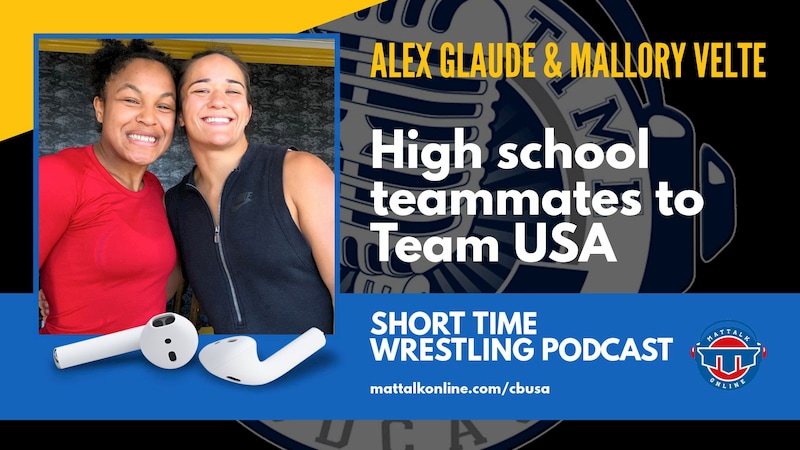 Years later, as the two sat in Tokyo, Japan at Makuhari Messe Event Hall, Velte and Glaude reminisced about the first time they stepped on the mat at Sacramento, California's Christian Brothers High School.

I'm Hall of Fame wrestling writer and broadcaster Jason Bryant and today on the Short Time Wrestling Podcast, Velte and Glaude will go back in time and recall the first time they met one another on the wrestling mat and the cool story that's followed them around the world ever since.

The pair were part of the five-person team from the U.S. that was competing at Ready Steady Tokyo, a test event that served as a dry run for the competition venue for the 2020 Olympic Games coming up in just under a year.

It's the news, reviews, previews and interviews in and around the sport of wrestling, because you've always got time for Short Time.