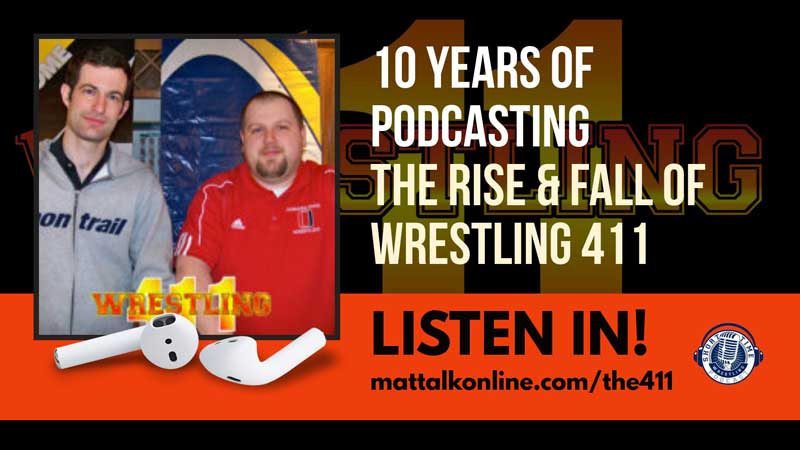 Short Time goes into a deep dive into 10 years of podcasting with Jason Bryant and Kyle Klingman. In November of 2008, Wrestling 411 launched in what was supposed to be a three-pronged attack on wrestling promotion. A television show, a radio show and a web presence. Funding was ultimately dooming the project even before the hosts knew it, and it turned into one of the most interesting lame duck wrestling years of all time.

Road trips to four national tournaments, launching the first true national wrestling podcast, covering coaching changes almost as they happened and a different approach to providing coverage. Wrestling 411 was ahead of its time and many of the ideas the project pushed out are being used today by various outlets in wrestling.

It was a rough year in some aspects too, but check out the recap of the year Wrestling 411 essentially launched the national wrestling scene into the world of podcasting.

To listen to old episodes, go to mattalkonline.com/wrestling-411

If you'd like to support the Mat Talk Podcast Network and all the on-demand audio offerings, free newsletters and historical research AND you want to get some of that cool Compound gear, you can support this program by making a contribution to the network at patreon.com/mattalkonline.