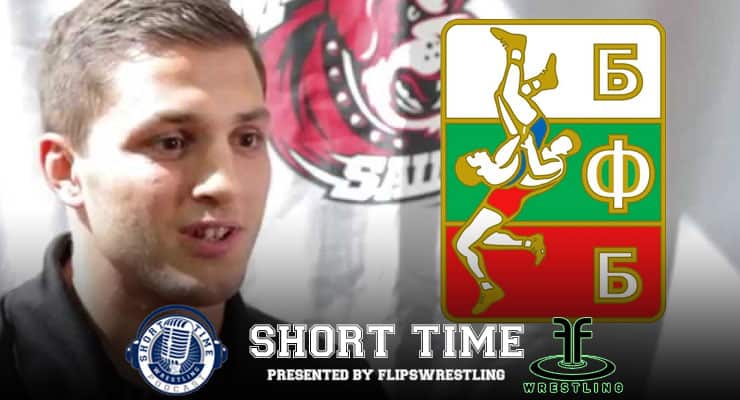 We're getting that Olympic fever! On Episode 256 of the Short Time Wrestling Podcast, we'll visit with George Ivanov, a Bulgarian native who recently qualified his nation and himself for the Olympic Games in Rio in August.

Ivanov came to the United States and settled in Iowa where he attended Lewis Central High School in Council Bluffs. After wrestling one season of high school and finishing third in the state, Ivanov ended up at Division II Nebraska-Omaha under coach Mike Denney.

He placed twice at the Division II level and transferred to Boise State following the horrendous dropping of the UNO program. He's kept wrestling and now coaches with Denney at Maryville University.

Ivanov talks about his Olympic aspirations, how he goes about representing Bulgaria and how he and his family ended up here. He'll also settle the question on which Ivan Ivanov is actually his father.

The Short Time Time Wrestling Podcast is proudly sponsored by
Flipswrestling. Share your attitude and #BEHEARD at Flipswrestling.com.

JOIN THE TEAM
And if you're a fan of the extensive and broad-based reach of the shows on the Mat Talk Podcast Network, become a
TEAM MEMBER today. There are various levels of perks for the different levels of team membership. If you like wrestling content — scratch that — if you LOVE great wrestling content, consider becoming a team member. You'll get some cool stuff too.

GET DAILY WRESTLING NEWS!
You like wrestling news, right? Of course you do. Did you know you can sign up for FREE to subscribe to the Mat Talk Online DAILY WRESTLING NEWS e-mail newsletter that's published EVERY morning with the previous day's top news
stories from outlets all around the globe. It's free and it's a great way to start your wrestling day.

Almanac Time!
Get the Cadet & Junior Nationals All-American Almanac, a 219-page digital download. It's available now and if you use the
promo code “JB” you'll save $5 off the cover price. It's got every All-American EVER in Fargo (and the locations that were before Fargo) and every breakdown by year and state. Oh, you know this guy who says he placed at Juniors? Fact check him or her quickly by buying one now!