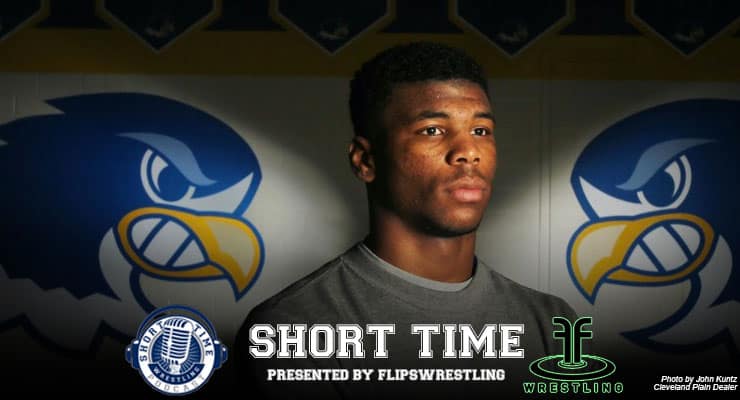 Notre Dame College's Joey Davis is closing in on history. On Episode 240 of the Short Time Wrestling Podcast, Davis talks about his undefeated career thus far and what it's been like going through college without a loss and eyeing a fourth Division II championship.

A two-time state champion from Compton, Calif., Davis chose Notre Dame College, a now nine-year-old program just outside of Cleveland, Ohio. He talked about the recruiting process, what other schools he was considering and when he opted to stop talking about transferring.

Davis had a unique upbringing, playing multiple sports and only focusing on wrestling after he graduated from high school. He also talked about the real story was behind growing up in Compton, which is portrayed in the media as a gang-ridden, crime-filled area of Southern California. Some true, some not.

And he's got a little history with Snoop Doggy Dogg.
Leave a voicemail for the show by checking out our contact page. Your listener feedback could be played back and answered on an upcoming episode of Short Time.