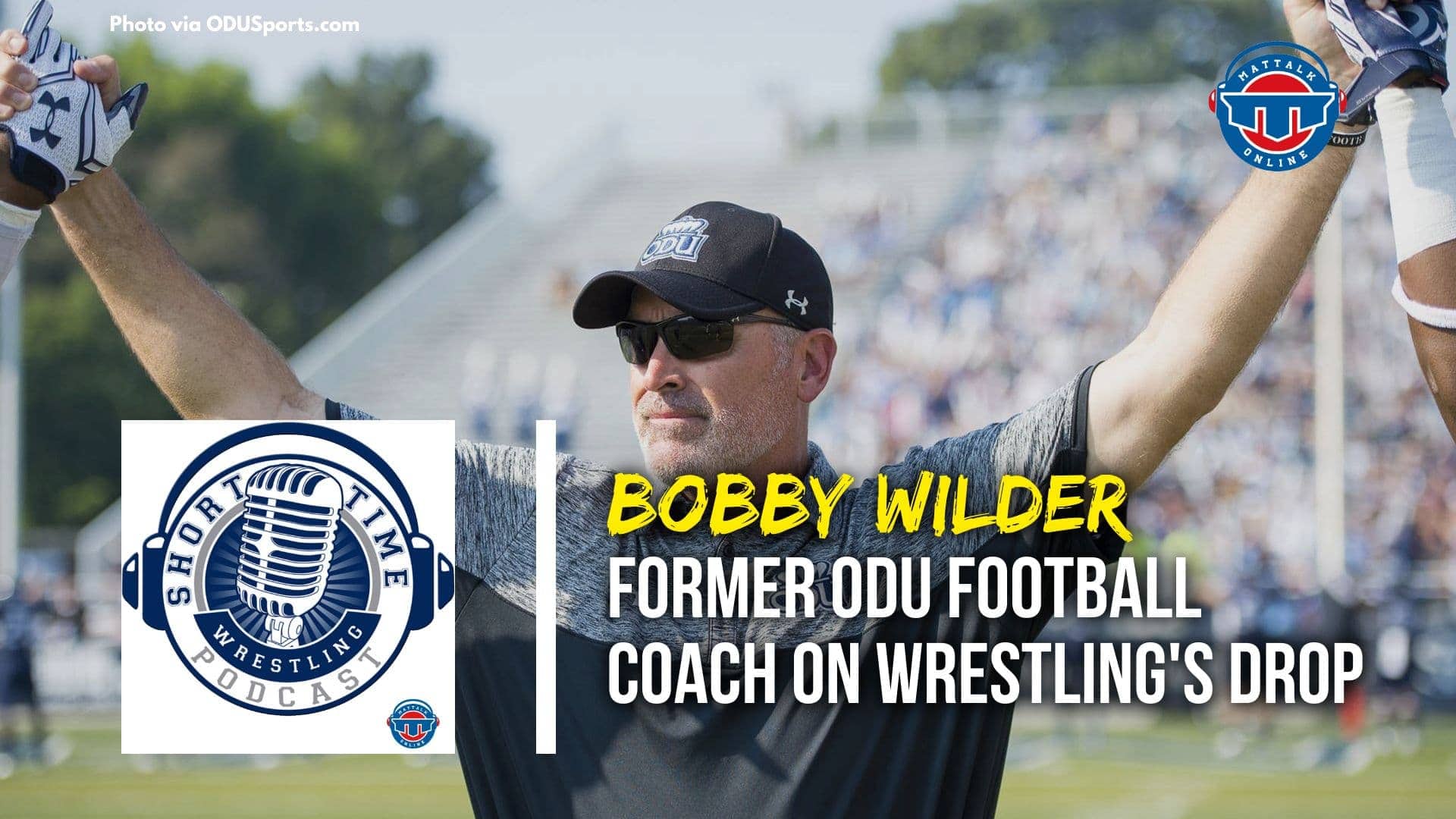 Bobby Wilder build Old Dominion’s football program from the ground up. Hired in 2007 and the first touchdown was scored in August of 2009. Wilder led ODU to two FCS playoff berths and a victory in the Bahamas Bowl over Eastern Michigan in 2016. Wilder was let go from his position as the head football coach last year after a disastrous 1-11 season.

On Episode 602 of the Short Time Wrestling Podcast, Wilder gives his perspective and thoughts about the situation at Old Dominion and what the thought was when the school dropped its wrestling program on April 2. Wilder’s son Drew was a two-time high school state place winner at Jamestown High School in Williamsburg, Virginia and Drew and ODU head coach Steve Martin’s son Max were in the state finals the same year in 2019.

Wilder’s perspective and position gives a different look at things from the eyes of a football coach who was relied upon to raise funds and it’s not a perspective often heard in depth in wrestling circles.