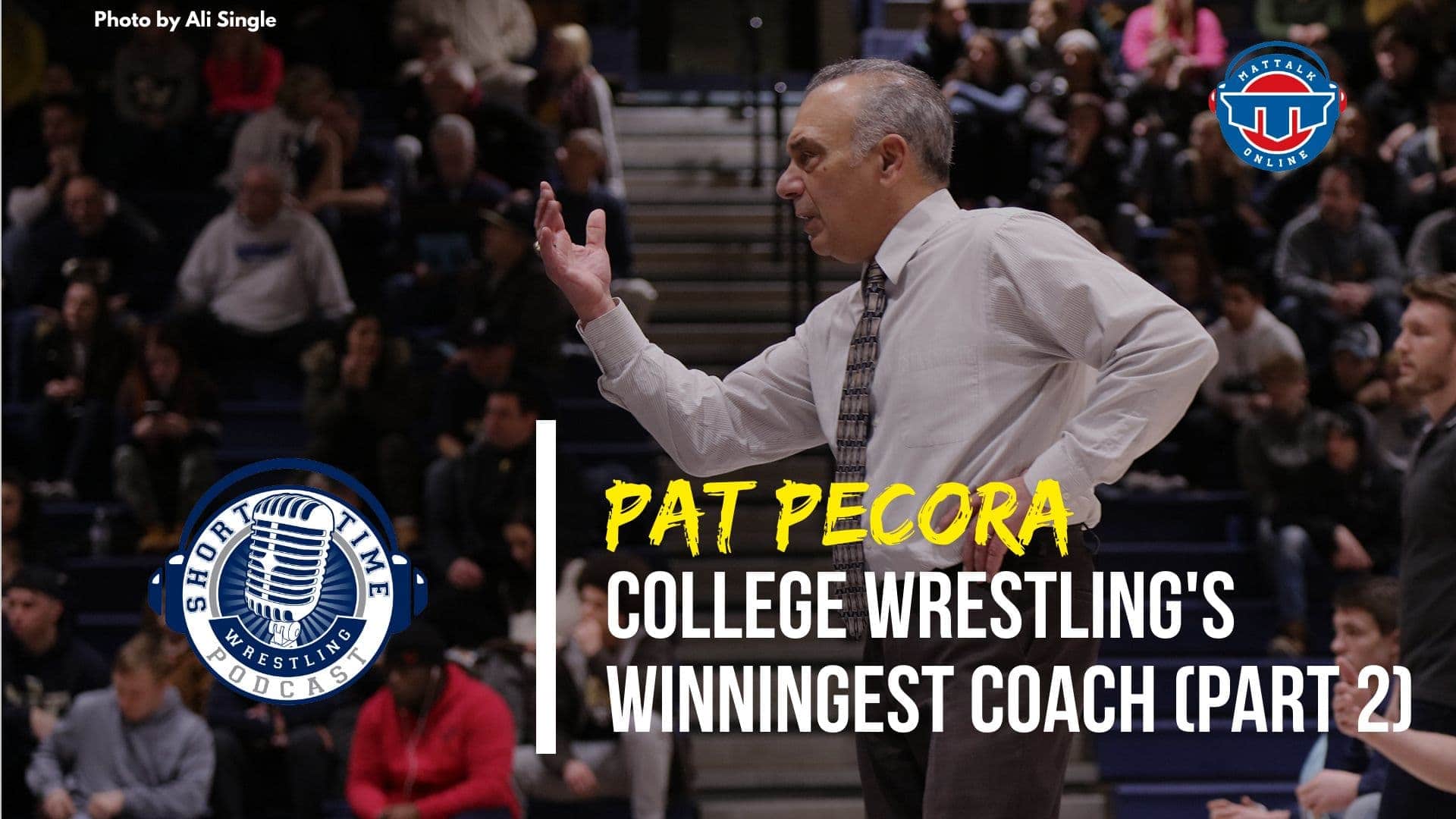 Now with Part 2 of the interview with Pitt-Johnstown head wrestling coach Pat Pecora on the Short Time Wrestling Podcast. We’ll move into a new era of UPJ wrestling with the introduction of the Strittmatter brothers. John and Jody were hammers, but Jody had bigger dreams and eventually left for Iowa.

Coach Pecora talks about the decision to let Jody leave and why John Smith is still upset with Pecora over letting Jody go to Iowa. Pecora also talks about his ascension to the position of Athletics Director at UPJ as well as the growth in Division II before discussing the hardest part about his coaching tenure, losing past national champion Nick Roberts.

All that and more with the winningest coach in college wrestling’s history, Pat Pecora.