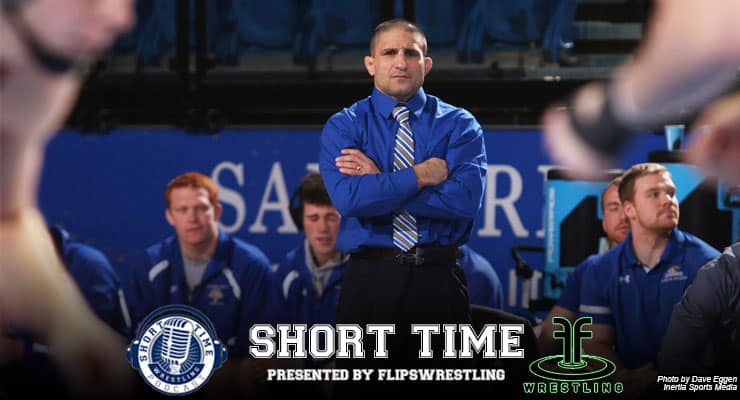 Chris Bono is in his fourth year as the head coach at South Dakota State. On Episode 243, Bono talks about the culture change that's enabled him to take the Jackrabbits from the bottom half of the old Western Wrestling Conference to the Division I Top 25 for the first time in school history.

The Florida native discusses how much he enjoyed competing and how much he's enjoyed building a true following and a fanbase in Brookings, S.D. An NCAA champion at Iowa State with previous coaching stints at his alma mater and Chattanooga, Bono discusses what steps the team has taken to raise the profile and awareness and what the philosophy is behind #GETJACKED.

Bono speaks of unbelievable support from his athletic department, including that of A.D. Justin Sell.