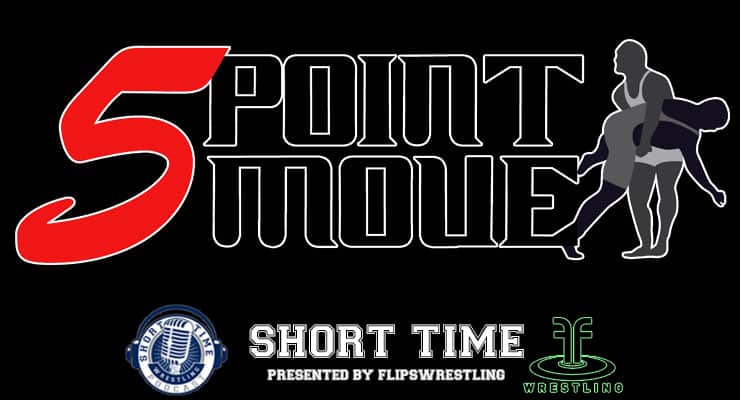 We're going Greco on Episode 260 of the Short Time Wrestling Podcast with Timmy Hands, the founder of FivePointMove.com, a website devoted to the promotion of U.S. Greco-Roman wrestling.

Hands talks about his foundations in wrestling, how he got interested in Greco-Roman wrestling, some stories from his stint as a senior-level athlete and how he would trek from New Jersey to the New York Athletic Club to work out. He took his love for writing and worked with some MMA websites before launching 5PM around the U.S. Olympic Wrestling Team Trials. He's already got the support of numerous Greco-Roman athletes as well as U.S. National Team coach Matt Lindland.

It's a labor of love and he's getting some momentum. Check them out on Twitter @5ptmove.