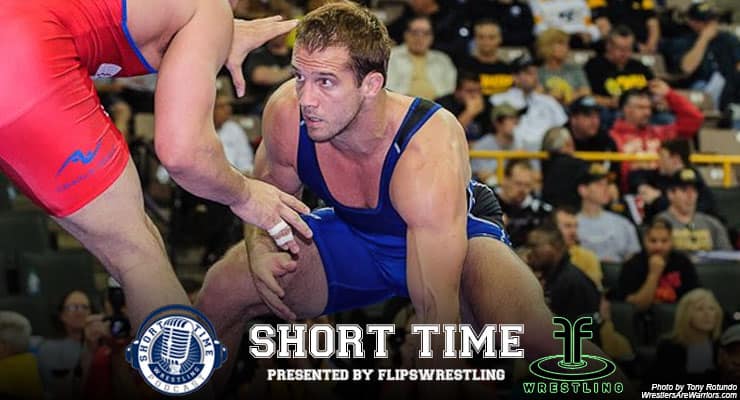 Episode 225 of the Short Time Wrestling Podcast visits with Tommy Rowlands, a four-time All-American at Ohio State University and a 2007 U.S. World Teamer in men's freestyle.

Rowlands has been doing various things in and around wrestling since he got out of coaching, but his two most recent happenings involve the new wrestling apparel company, The Rudis, and his new podcast with 2008 Olympian and current OneFC champion Ben Askren.

The podcast, the T-Row and Funky Show (Subscribe on iTunes) gives an athlete's take on the topics in wrestling and while it's only three episodes in, will also interview people on those topics as well.

Rowlands is also a partner in The Rudis, the apparel line that's featured the Dave Schultz t-shirts that have become prevalent around the wrestling community.

Rowlands will also look back at one of the more painful moments in his career, the injury default that sent him to sixth place at the 2003 NCAA Division I Championships and he'll discuss his rivalry with Steve Mocco.

We also take some time at the beginning of the show to remember the late Allen Brown, one of the main sources of info at WrestlingReport.com. Allen was a good friend and his passing is a real loss for the wrestling community.