Tony Hager on the new plan for Takedown Radio and TheOpenMat 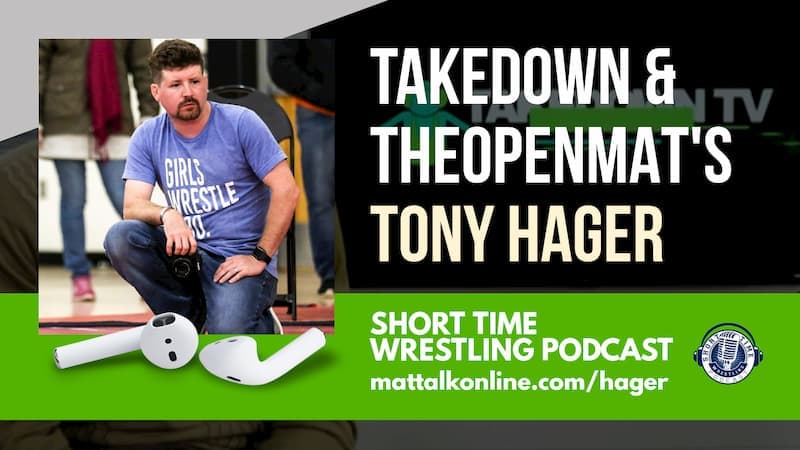 Tony Hager wasn't exactly looking to carve out a career in wrestling media. Rather, it was his time away from the sport combined with an idea to do something to help people like him understand what was going on around his favorite teams that launched him into the sport's coverage wing.

On Episode 504 of the Short Time Wrestling Podcast, I talk with Hager about the foundation of IAwrestle.com and the new brand of content you'll see on Takedown Wrestling Media, also known as Takedown Radio. Hager catches us up to speed about what's going on with the ownership of the longtime radio program and what the relationship is with ASM and The Open Mat.

PROMO NOTE: The first few minutes of the show focus on the new offering from Mat Talk Online called ROCKED UP, which focuses on the story of Little Rock's Division I Wrestling program.