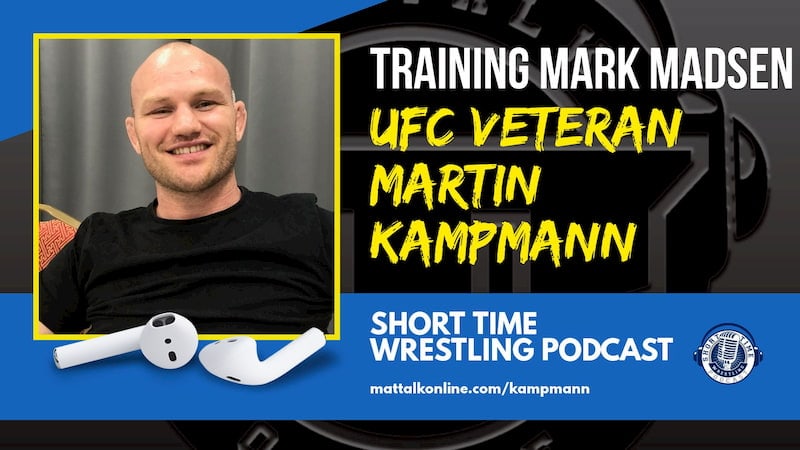 Coming back from Nur-Sultan, Kazakhstan and the 2019 World Wrestling Championships, we get a little bit of an MMA insight with today's guest, former UFC fighter and Denmark native Martin Kampmann.

Kampmann was alongside multiple-time World and Olympic Greco-Roman medalist Mark Madsen in Kazakhstan as Madsen was preparing for his upcoming UFC debut on September 29 in Copenhagen, Denmark.

Kampmann, who spent seven years in the UFC, is training with Madsen and making sure he's still getting his reps in before the fight. He explains Madsen's relevance in Denmark as well as his own eye-opening experience attending his first World Wrestling Championships. Follow him on twitter @MartinKampmann.