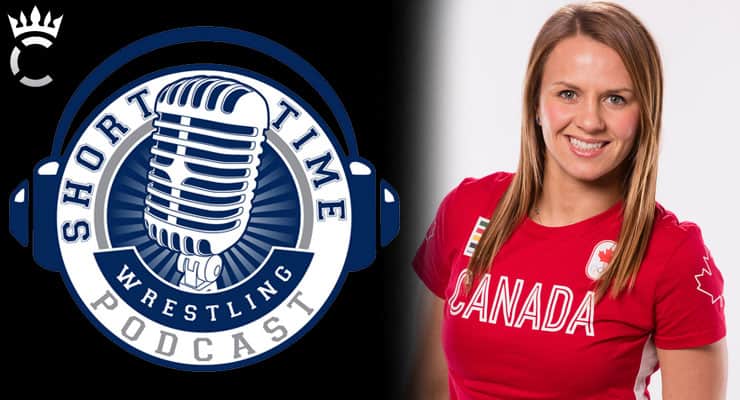 It's not uncommon for the Short Time Wrestling Podcast to head up to Canada and we'll do that again on Episode 282 and chat with Olympic women's freestyle champion Erica Wiebe.

A native of Stittsville, Ontario just outside of the nation's capital of Ottawa, Wiebe opted to give wrestling a go in college after discovering the sport in the ninth grade. Even prior to picking the University of Calgary to further her education, Wiebe had her eyes on competing in soccer and heading to the United States to compete on the collegiate pitch.

Wiebe, ranked second in the World heading into Rio, explains her back story and the turning points in her career that took her from her previous high placement of seventh at the World Championships to winning an Olympic gold in Rio.

SHOW YOUR GRATITUDE, AND I'LL SHOW YOU MINE!
International Podcast Day is September 30 and the Short Time Wrestling Podcast would like to show the network of podcasters how important this medium is to the sport of wrestling. So from now until September 27, 2016, leave a review for the Short Time Wrestling Podcast on iTunes or on Stitcher. Every review posted to either outlet between now and Sept. 27 will be entered into a drawing for TWO Mat Talk Online prize packs, valued at $65.

What does the review have to say? Explain what this podcast has meant to you. Does it fill your morning drive? Do you follow different programs now? What is it that makes this show worth listening? Leave your review today!