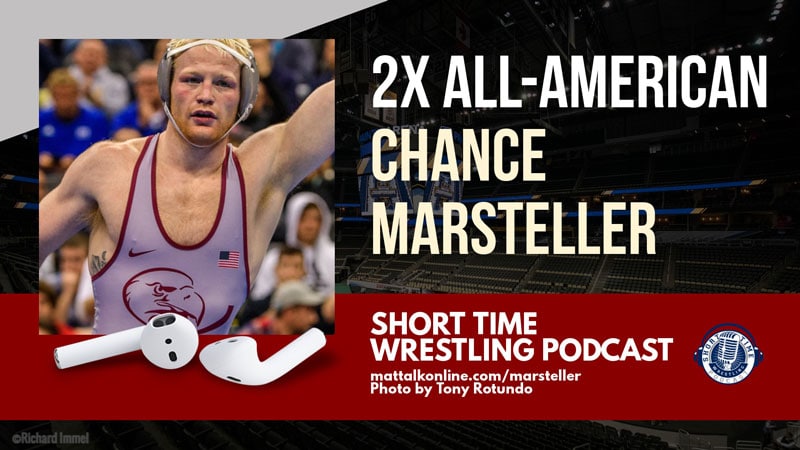 We talk about the start of college competition, which in Marsteller's case, began by entering the Penn State Open as an eighth grader, how he got introduced to wrestling, when he decided to start focusing heavily on wrestling and the pressure that followed him through high school. He'll also explain his college selection and what went into choosing Oklahoma State after initially committing to Penn State. He'll also explain the issues he had with life in Stillwater before leaving to head home to Lock Haven, 160 miles from where he grew up.

Marsteller takes us through his choices and consequences and what ultimately led to his final two years placing on the podium for Lock Haven. He also explains what makes him the happiest in the world, his fiance and two children.