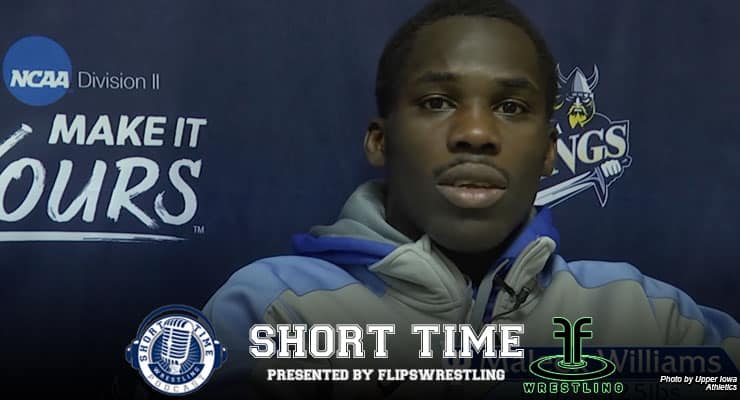 We've all had injuries that kept us from wrestling at one time or another. For Upper Iowa freshman Maleek Williams, he had a little bit more keeping him away from the mats this season. On Episode 247 of the Short Time Wrestling Podcast, we'll talk with the Super Region 3 runner-up about it.

Ok, it's simple. Williams had a stroke and open-heart surgery — IN NOVEMBER. The afflictions kept him out of competition for nearly three months. In a situation that could have cost him his life, Williams recovered, got cleared and then qualified for the NCAA Division II championships this coming weekend in Sioux Falls, S.D.