What can wrestling learn from roller derby? Quite a bit actually – ST224 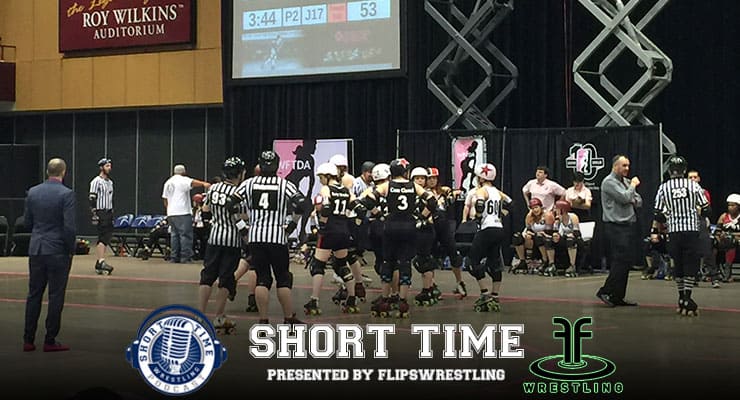 Episode 224 of the Short Time Wrestling Podcast ventures outside of wrestling to identify how a small, grassroots organization has blossomed to over 400 member leagues in 18 countries. That organization is the Women's Flat Track Derby Association.

Why on earth would anyone try to compare the non-P.C. world of women's roller derby to college an international wrestling? It's simple — they get fans. Earlier this month, I went down to St. Paul and checked out the WFTDA International Championships at the Roy Wilkins Auditorium. This place is no stranger to wrestling, having previously hosted World Team Trials in Greco-Roman.

Roller derby, even with its rough-around-the-edges skaters, has been a steady draw around the country. In 2009, I attended a bout between the Minnesota Roller Girls and a team from North Carolina. Four thousand people attended. A day later, the University of Minnesota hosted a home dual. Roller derby outdrew the Gophers. If you go to cities where college wrestling has a presence, I don't doubt you'll find derby leagues close that do better in attendance than college wrestling programs, and all without the benefit of athletic department backing.

What can we learn from roller derby? Let's find out.