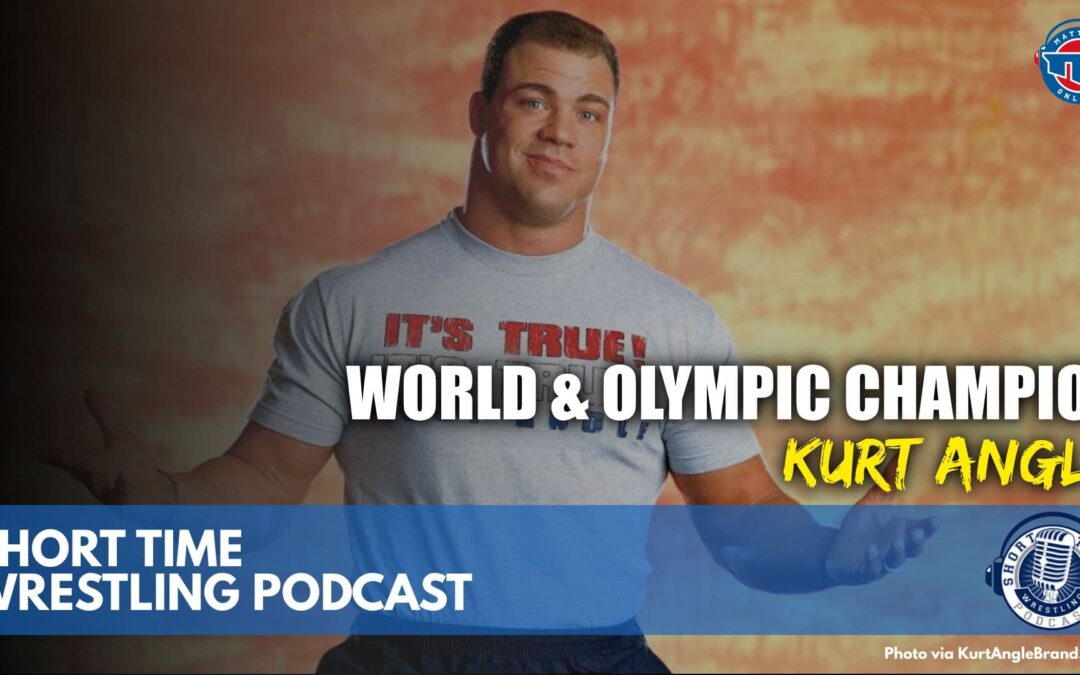 Angle talks about his role as the co-host of his own podcast, the Kurt Angle Show as well as what it's like to talk about his career with as a podcast host. A number of other relevant topics including his foray into professional wrestling, which has been a topic of discussion with the news that Olympic and NCAA champion Gable Steveson will be heading that direction soon. Angle explains how his entry into pro wrestling proud forth a new era of college and Olympic wrestlers get into the industry and it become more commonplace.

Angle so back in time to talk about his choice to enroll at Clarion and wrestling for legendary coach Bob Bubb, the Olympic performance of Clarion alum Bezkod Abdurakhmanov and his new snack company at PhysicallyFit.com.

Finally, Angle looks back at wrestling Bruce Baumgartner and his feelings on the series of Foxcatcher-inspired films and documentaries from the past several years.

And who bought the Kurt Angle crossover singlet?