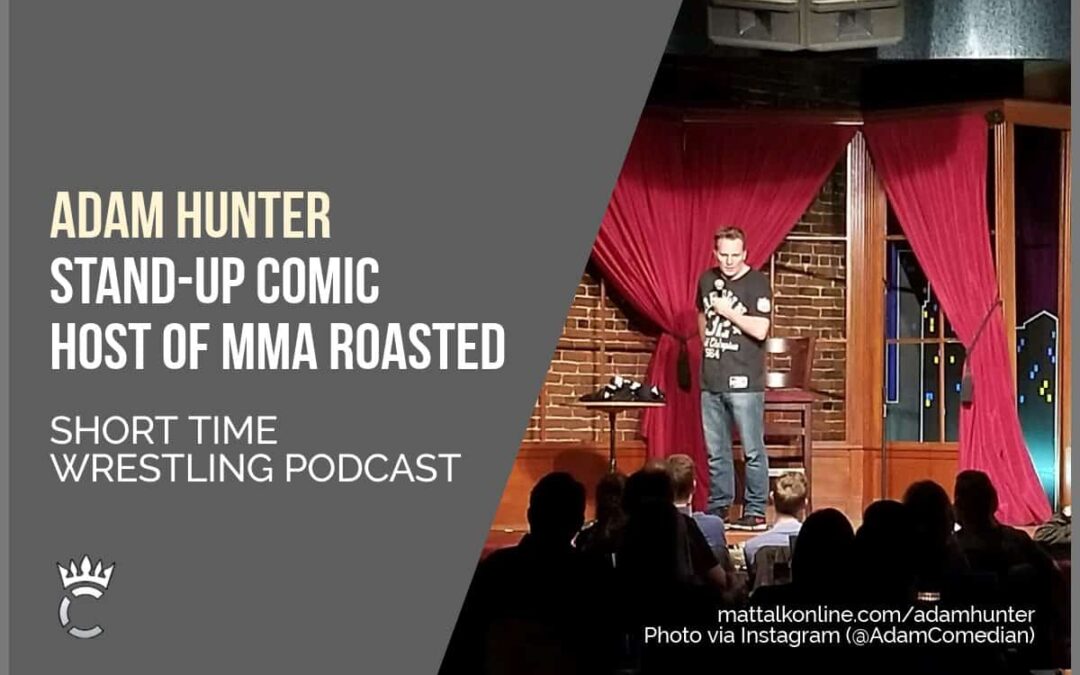 Stand-up comedian Adam Hunter has carved out a popular and hilarious spot amongst the sports world. A New York native who was a successful wrestler in Maine in high school, Hunter is the host of the popular MMA Roasted podcast. His Twitter handle of the same name fires funny quips about fighters from around the world.

On Episode 431 of the Short Time Wrestling Podcast, we'll talk with Hunter about his wrestling background, why he likes interviewing MMA fighters with wrestling backgrounds, the comparisons between wrestling and stand-up comedy and get his take on what it's like to coach at the junior high level, something he's done in California for the past 12 years.