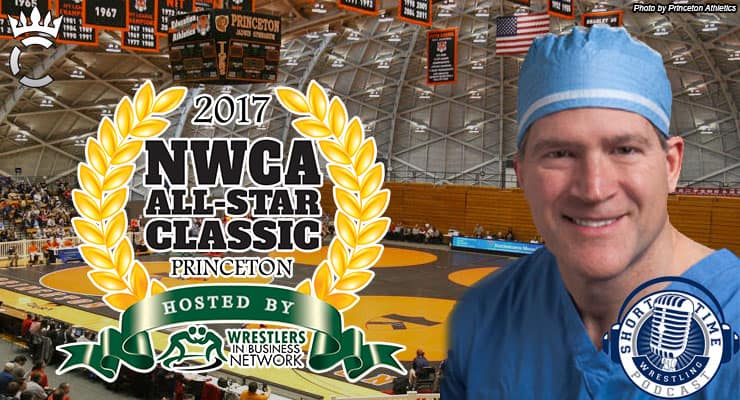 Episode 362 of the Short Time Wrestling Podcast talks with one of the hosts of the upcoming NWCA All-Star Classic, Dr. Mark McLaughlin, neurosurgeon and President of the Wrestlers In Business Network Princeton Chapter.

Dr. McLaughlin, a New Jersey native who wrestled at the College of William & Mary, spent a number of years learning his craft with nearly a decade and a half of schooling. He's also taken time to coach kids at youth wrestling clubs in New Jersey on top of his 70-80-hour a week workload.

Dr. McLaughlin talks about what he's learned from wrestling, how it's shaped his career and his mindset and how to major in philosophy as a way to improve your critical thinking skills used while in the operating room.

He also briefly touches on the CTE and concussion chatter around youth sports, including wrestling, and how much a historic city like Williamsburg, Virginia, changed his life.

He also talks about some of the matchups he's most excited to see, including the 10 women's bouts scheduled for the first time in the event's 52-year history.