Wrestling podcaster Ryan Warner has one simple question for you 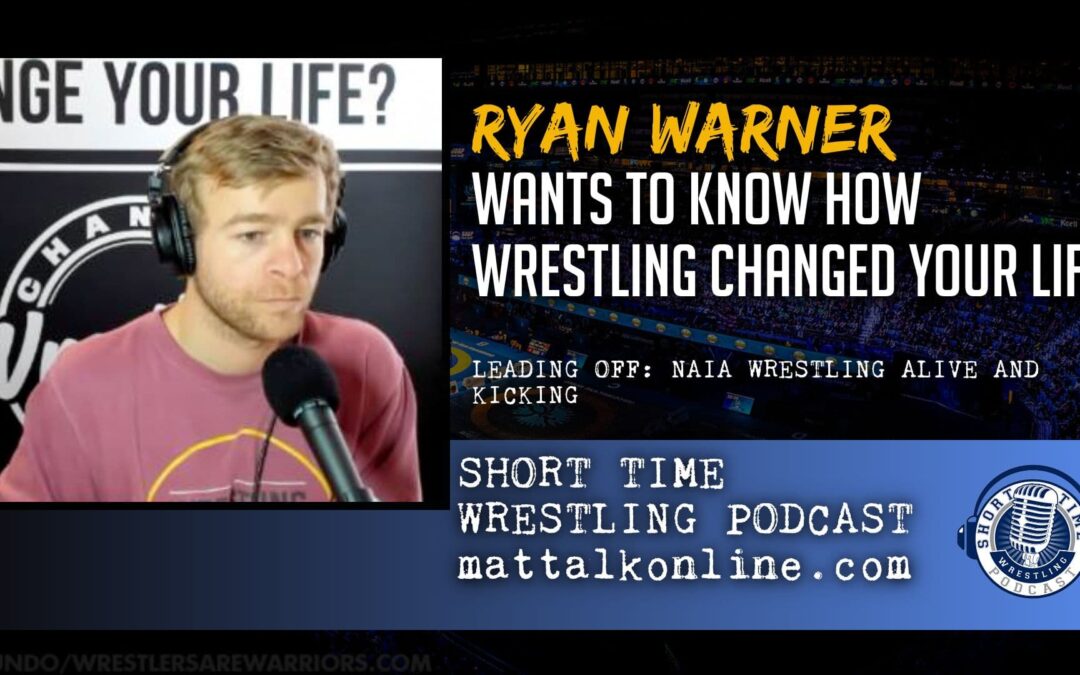 How did wrestling change your life? That’s exactly the question Ryan Warner wants to know and that’s exactly the theme of his podcast, Wrestling Changed My Life. Warner, an Illinois native, started up the podcast a couple years ago and has been prolific with his interviews and his conversational style of podcast. Digging into greats, documentary series on his own and with the National Wrestling Hall of Fame, Wrestling Changed My Life has been a fan favorite and it’s only getting better.

Check it out at wrestlinghcangedmylife.com.

LEADING OFF
There is wrestling. This is more than likely a test of how much of a wrestling fan you’re going to make yourself. There is limited action around the country, but the men and women in the NAIA are competing. The NAIA released its first Women’s Coaches Poll of the season on Monday and Wayland Baptist comes in No. 1, ahead of Campbellsville, Grand View, Menlo and Life. Wayland just recently lost its head coach as Aaron Meister left to go back to his native Kansas to start the men’s and women’s program at Friends University in Wichita.

On the men’s side of things, third-ranked Reinhardt opened up 2-0 after a trip to Florida, beating Keiser 55-0 and fifth-ranked Southeastern 24-19. Southeastern beat Keiser 49-6.

Coleman Bryant of Southeastern knocked off Cole Tenety 3-1 in sudden victory at 174 pounds in a matchup of returning All-Americans. Former Indiana Hooser Blake Rypel has resurfaced on the college mats, he’s at Southeastern. He won his debut by fall at 184 for the Fire. Reinhardt did pick up powerful bonus victories from returning All-Americans Trent Leon, Nolan Saxton and Antonio Stewart  to power coach Jeff Bedard’s Eagles.

Here’s what went down since the last time I gave a scoreboard update:
Jamestown (N.D.) beat Northwestern (Iowa) 24-22.
Arizona Christian beat Hastings 28-15
No. 7 Indiana Tech beat Thomas More 26-21
No. 4 Lindsey Wilson got a pair of big W’s, shutting out Missouri Baptist 55-0 and beating Williams Baptist 46-3. Williams Baptist beat Missouri Baptist 42-12 in the other dual there.

New coaching alert in Division II where Ohio State alum Colt Sponseller is now the new head coach at Ashland University in Ashland, Ohio. Josh Hutchens stepped down back in September. … while NCAA qualifier Michael Blockhus will land at Minnesota after announcing he was leaving Northern Iowa a few days ago.