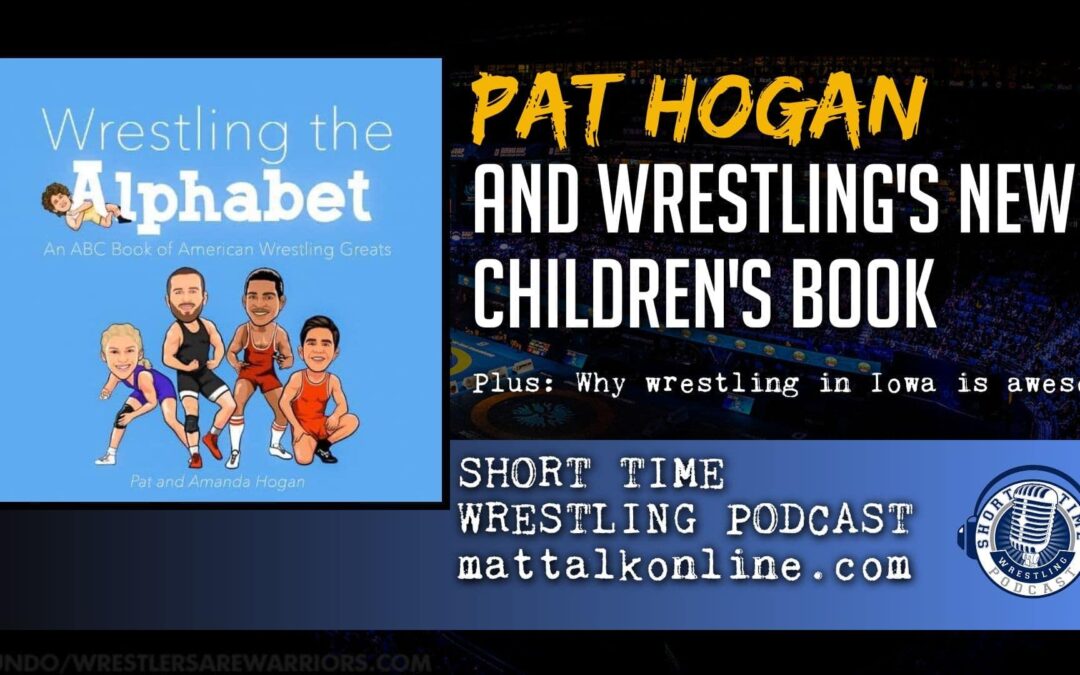 Pat Hogan was a 2006 New Jersey state wrestling champion. He and his wife Amanda have recently released a new children's book, Wrestling the Alphabet. Today, I talk with Pat about the idea behind the book, the selection process for who is included and what they hope to get out of this project.

Before talking with Hogan, I break down what’s awesome about wrestling in Iowa, pandemic or no pandemic, after the recent Hawkeye Wrestling Club Showdown Open.

Pre-order Wrestling the Alphabet at wrestlingthealphabet.com

Dave Orndorff, the father of former Utah Valley wrestler Tanner and current Ohio State wrestler Tate Orndorff, was an NJCAA runner-up at unlimited in 1983 prior to his Division I career. He competed for what was then known as Ricks College in Idaho. The school is currently known as BYU-Idaho and eliminated all sports at the end of the 2001-02 athletics calendar. You might have also seen a Ricks College shirt in Napoleon Dynamite. Rulon Gardner, by the way, is another famous alum.

Dave came back in 1986 after serving his LDS mission to finish third at unlimited and pick up the most falls award along the way.