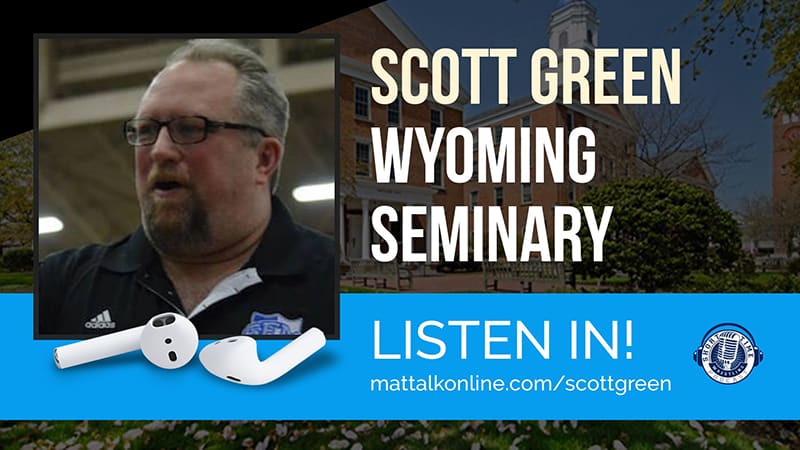 Back at home for another episode of the Short Time Wrestling Podcast, featuring Wyoming Seminary head wrestling coach Scott Green.

Green, who cut his teeth wrestling in New York, has lead Wyoming Seminary the last eight years and has built upon the foundation laid by former coach John Gordon. No, “Sem” is a prep powerhouse battling longtime power Blair Academy each year for the National Preps crown.

Green talks about his early years in coaching, why he took the Sem job, what type of students come to Sem, what it takes to go to school there and a number of other topics, including the girls program started there as a feeder for USA Wrestling's women's developmental pipeline.