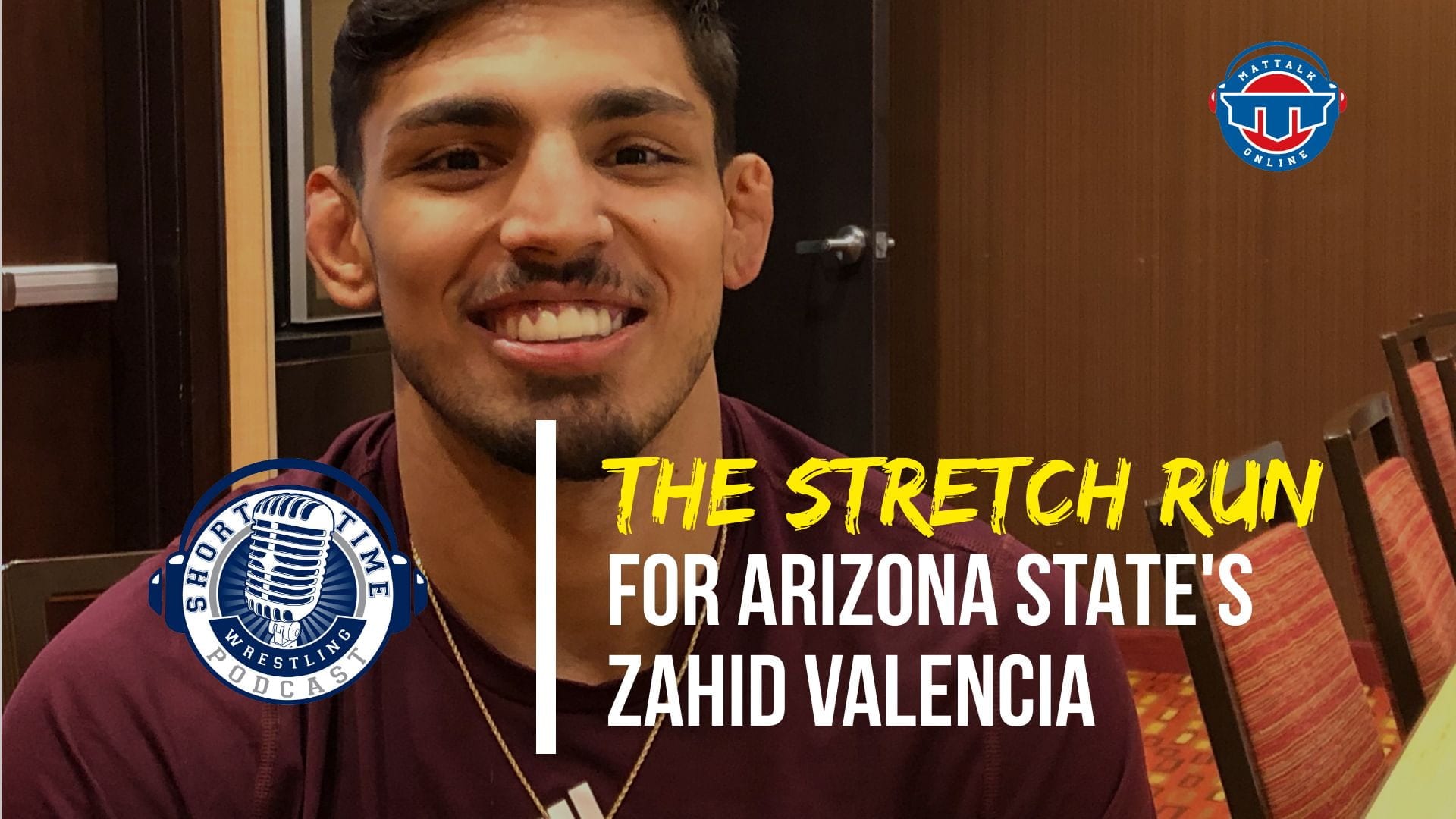 Prior to Arizona State's dual with Little Rock on February 7, three-time All-American and two-time NCAA champion Zahid Valencia reflects back on his last month of folkstyle wrestling. Valencia is unbeaten and unchallenged thus far at his new weight of 184 pounds. In preparation for the Olympic Trials in April, Valencia's been trying to get big. He knows he'll be undersized at the Olympic weight, but he'll tackle that when the time comes.

Valencia will also look back on growing up with Monster Garage, picking weights with his brother Anthony, the relationship with former high school teammate Aaron Pico as well as his path 2020 and beyond.