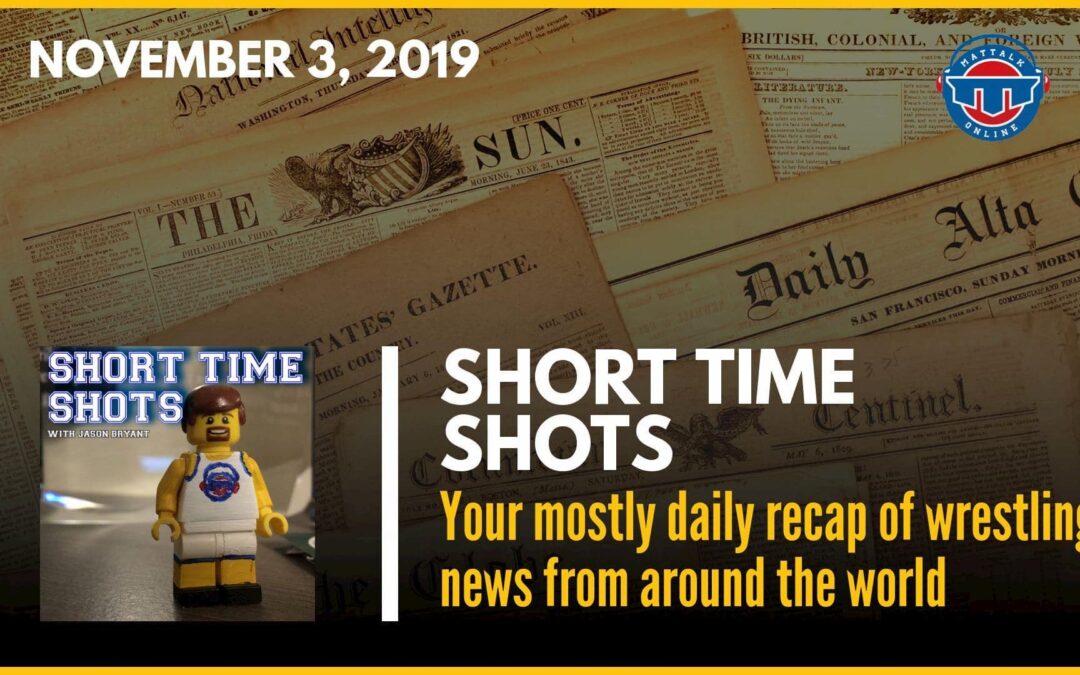 The first weekend of major college wrestling came and went, so now that you’ve given up on your college football team for the season, because you know the College Football Playoff is going to put at least one team in there that didn’t earn it, this is Short Time Shots, a mostly daily look at the scores and more that went on today in the world of wrestling, I’m award winning yadda yadda yadda Jason Bryant.

From the Newsletter – I want to call this placing top six, but you know what, we have enough wrestling puns and podcast-type goofiness.

By the way, I also want listeners and readers to know that only free stories are posted in the Daily Wrestling Newsletter. If something’s paywalled, it won’t be here, that goes for our subscription wrestling sites as well as our daily newspapers. I do recommend turning off your ad-blocker when prompted on these wrestling stories and on wrestling-friendly sites you frequent.