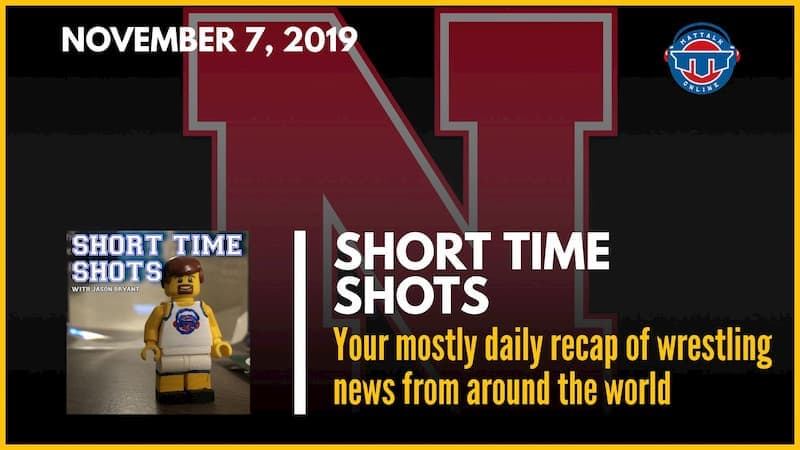 As you’ve most certainly heard by now, my wife, who is a complete Rockstar at her job, is coming back from China today. In fact, she’ll probably be walking in on the recording of the end of this episode. So another week, I’ve survived the challenges and championships of being a parent. Today, I chaperoned my daughter Lucy’s second-grade field trip to one of the history places in St. Paul. My wife does most of this stuff, since a lot of the times, I’m at a tournament or something. Today was great to see my daughter interact with her friends. She’s been through a lot already, but just one of those days where my own survival instincts and being overwhelmed by the sheer volume of fruit snacks and chattering seven-year-olds were in a cohesive balance. I’m Jason Bryant, this is Short Time Shots, a look at the scores and more from around the world of wrestling.

Notables on the Docket for November 8: