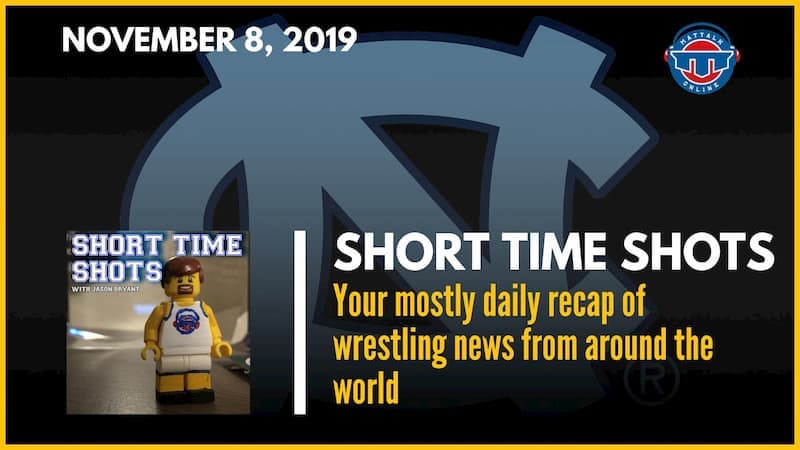 I think I spend more time watching DIY videos on YouTube these days than I do watching anything else on the platform. Why? My home renovation, which has entered its fourth month, is nearly complete. The basement was half finished, but now, we’ll have a legit, legal guest bedroom and I’ll have a dedicated studio and office space – tucked away from everyone. In 10 years, when I’ll have two teenage girls in the house, I’m going to probably need that hideaway – or speakeasy – if you will. So it’s time to learn how to build desks, build bars and accent walls. I’m Jason Bryant, and I’m also building quite the repository of podcasts, this is just one of them, it’s Short Time Shots, a mostly daily look at the day’s scores and more from around the world of wrestling.

Notables on the Docket for November 9: