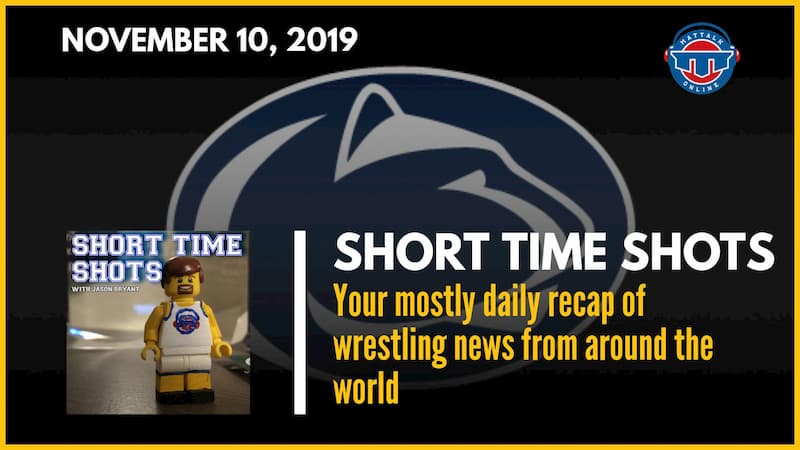 There’s been 10 straight days of Short Time Shots. This is National Podcast Post Month, which is kinda like National Novel Writing Month. NaPodPoMo as compared to NaNoWriMo. The goal is to put out a podcast a day for the month of November. This is part of the reason Short Time Shots came back. The season’s here, it started on November 1 and there’s wrestling news virtually every day. What’s going to make this suck is Thanksgiving, but I’ll figure something out. This is Short Time Shots, a mostly daily look at the scores in more from the world of wrestling, I’m sore from the trampoline park, I’m installing flooring now in the studio, and most importantly, I’m your soundtrack, Jason Bryant.

Notables on the Docket for November 11: