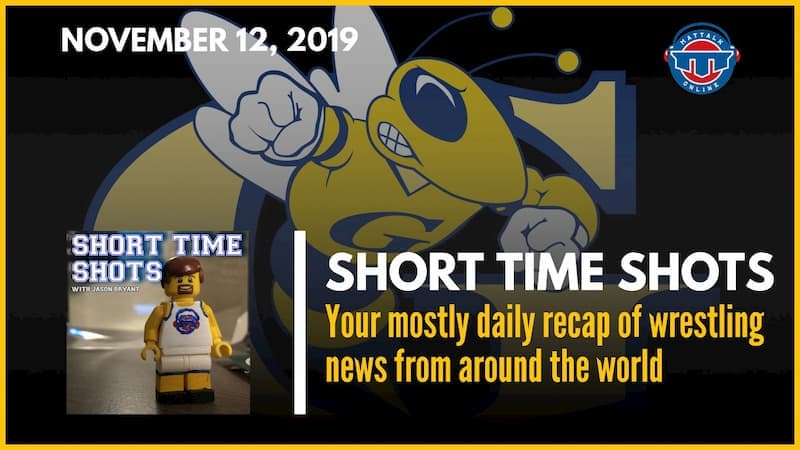 Holy crap it’s cold. Like I know I live in Minnesota, but it’s November 12 and the daytime high wasn’t the issue, it was the five degrees this morning while getting the kids ready for school. I chatted with ODU wrestling coach Steve Martin this morning. The first thing he asked me was how the weather was. After an expletive-laced retort, I finally answered with the current state of the atmospheric conditions. You can get that update every day on my personal Twitter account at 9:30 a.m. Central Time. I moved to Minnesota for a job. I left Minnesota for a job. I came back to Minnesota due to the proximity of my wife’s family and the abundance of good wrestling in the midwest. It’s easier to do what I do from here than say, my hometown. This is Short Time Shots, a mostly daily look at the scores and more from the world of wrestling. I’m Jason Bryant.

Notables on the Docket for November 13: