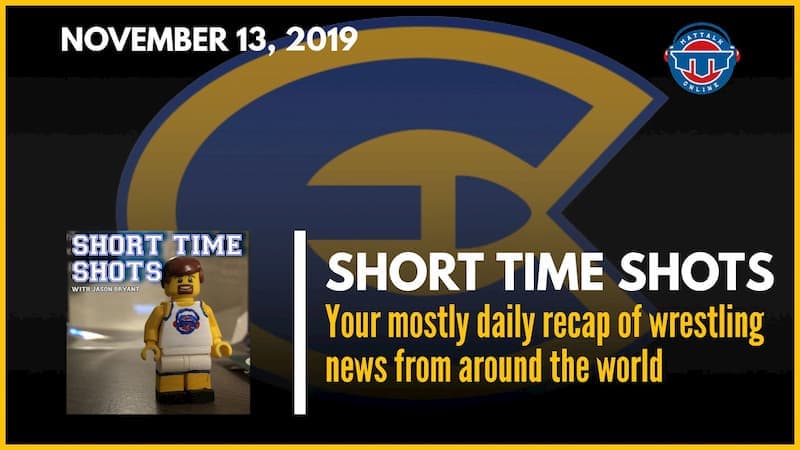 Let it snow, let it snow, let it snow – somewhere else. You know what, I made my bed, so I’ll lie in it. I moved here. Like the point, counterpoint in the movie Airplane! said, they bought their tickets, they knew what they were getting into. I say, let’em crash. Well, let me shiver. This isn’t the weather report for New Brighton, Minnesota – but it’s close – welcome to Short Time Shots, your mostly daily look at the wrestling scores and more from around the world.

Minnesota Beer of the Night: In preparation for the NCAA Division I Wrestling Championships, when I’m having a beer while putting this show together in the evening, I will enlighten you with that particular information. Tonight, it’s from probably my favorite or second-favorite Minnesota brewery, Fair State Brewing Cooperative. This one’s called Spirit Foul, a super rare collaboration with Modern Times Brewing out of San Diego, which is Spanish for a whale … you know. It’s a hazy IPA, which I’m starting to come around to. I’m not going to tell you about the flavor profile or something snooty like that. I like to try various beers, and I like to drink various beers. This is one I’ve gotten my hands on each of the last three years. It’s hard to find and sells out quickly. I will NOT be featuring Bud heavy, ever, on this show. Sorry Willie. Oh, if you’re on Untappd, find me there at jasonbryant12.

Notables on the Docket for November 14: