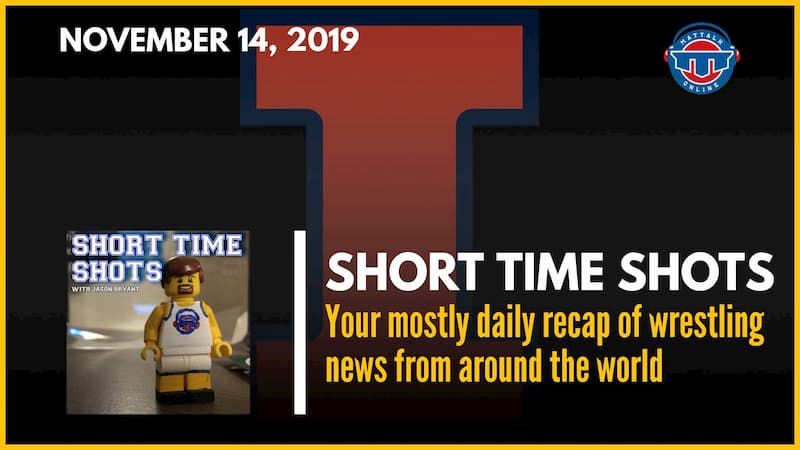 Someone, anyone, please tell me why Party in the U.S.A. is stuck in my head. I don’t own that song, but I believe the reason for this is the fact I live in a house with three females and one of them might actually own one of the NOW music CDs. I actually own NOW, when there wasn’t a volume. NOW, Volume 1, which is not its real name, had some rock on it. It also had some sappy late 90s R&B that I fell out of favor with once I discovered how badass Phil Anselmo and Pantera was. Walk on home, boy. This is Short Time Shots, your mostly daily look at the scores and news from the world of wrestling. I’m Jason Bryant. So far, this will be 14 straight episodes. There likely won’t be one on Friday night, since I’ll be covering the Gopher dual and putting out an episode of The Guillotine Grapevine. Maybe I’ll record it on Saturday morning for you guys as you make the last mow of the season, or in some cases, the first snow shovel of the year worth it.

Notables on the Docket for November 15: