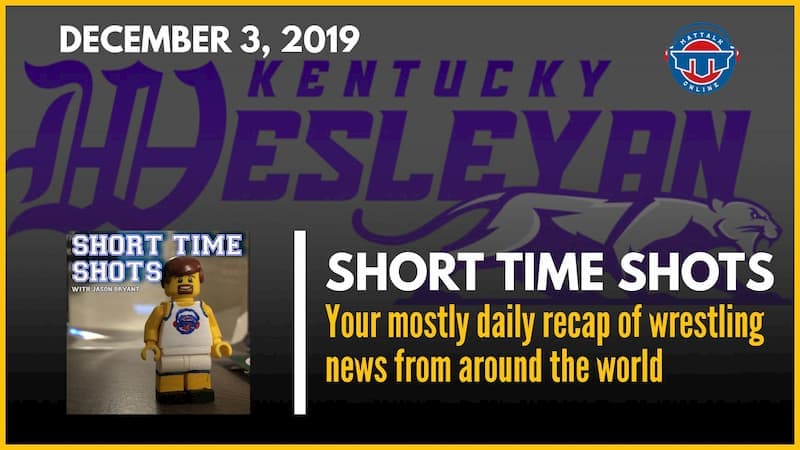 It’s #GivingTuesday and I want to implore you to consider contributing the the Mat Talk Podcast Network. This is more than just podcasts. This show, Short Time Shots, is just a glimpse at what type of news I provide, for free, to the wrestling community at an almost daily basis. Why almost daily? I’ve got a wife and kids, too.

At the end of each episode, I normally make a plug about contributing. This show and the daily wrestling newsletter is a value for value model. If you find it of value and worthwhile to you, consider making a one-time or small monthly contribution to what you think this is worth to you. If you like it just fine and feel like you’re spending enough on wrestling subscriptions and online offerings, that’s absolutely fine. If you think this is actually worth something more than your time, hey, give that a shot too. You can modify your contribution at any time. Go to mattalkonline.com/contribute to see the various ways you can help out. I’ve got a staff of 10 – fingers. Thanks to Pat Fitzgerald, Trent Kroll, John McCarty and Craig Scharer for their contributions this Tuesday.

That’s it for the sales pitch, because THIS is Short Time Shots, a mostly daily recap of the scores and more in and around the world of wrestling, I’m Jason Bryant and in the morning, I’m off to Canuckistan! I mean, Canada. In case you’re wondering, yes, I’m announcing the Canadian Olympic Trials. Yes, they hold them in December. They’re in Niagara Falls, which is actually SOUTH of where I live. Why do they set the team so early? Well, I’ll have an investigative, expose, The World In Crisis. Double gold star if you catch THAT reference.