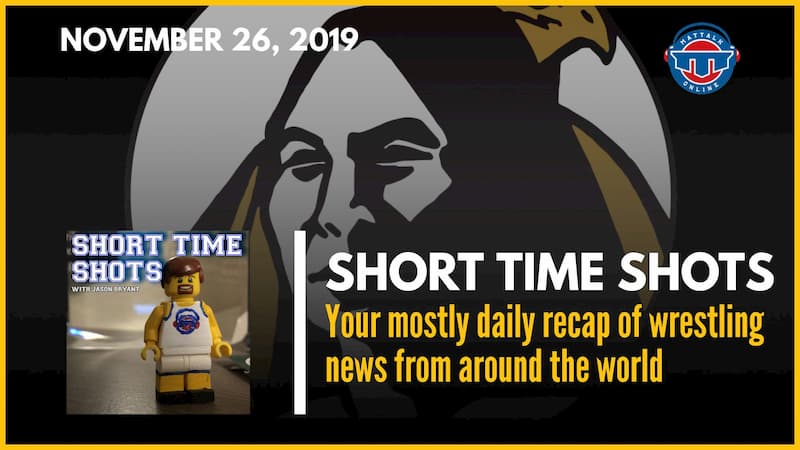 Time to get back in the ring, to take another swing. The walls were shaking, the earth was quaking, my mind was aching – you know what, I saw AC/DC live back in 2016, you don’t need to relive that show, although it was super awesome. I’d previous had tickets to see them in high school, in September of 1996. That tour got canceled before it got to Hampton. So there I was, 20 years later, with my pregnant wife on Valentine’s Day rocking out to AC/DC. What’s that have to do with wrestling? Nothing really, other than AC/DC is a favorite on wrestling playlists worldwide. I’m Jason Bryant, and this is Short Time Shots, a mostly daily look at the scores and more in and around the sport of wrestling.

By the way, if you notice the episode numbers changing, that’s because I did an audit of the amount of Short Time episodes in the feed. The most recent show where I interviewed some folks in Little Rock was actually the 580th episode. At some point, I didn’t count things and had some other non-Short Time shows in the feed. That’s been fixed and sure enough, this is the 581st edition of Short Time, whether it be in the Shots form or my more formal feature story/interview format. I also went to the Richard Nixon School of Accounting. Most of you won’t get that joke.

Minnesota Beer of the Night: Bite Size by Modist Brewing. It’s classified as a Pastry Stout, with some evil chattering teeth on the can. It checks in at 6.7% and it’s pretty good for the first major snowfall expected to hit the land of New Brighton by the time you listen to it. Remember, I’m on Untappd at jasonbryant12. By the way, the Modist taproom is about a mile and a half from U.S. Bank Stadium.