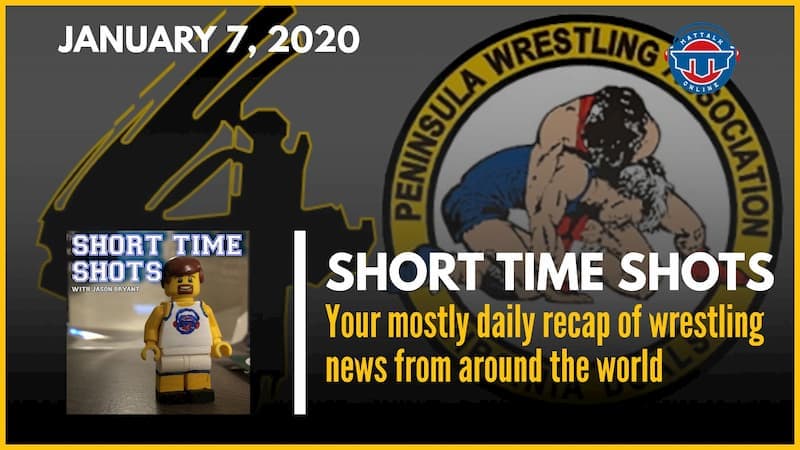 Again welcome one, welcome all, welcome you sitting there sipping your coffee or just getting out of the shower. I’m Jason Bryant, this is Short Time Shots, your mostly daily look at the wrestling scores and more from in and around the world of wrestling. I do have one question though, why are you listening in the shower?

Before I get to the notables and daily news updates, we have three major dual meet events coming up this weekend – the 92 team NWCA National Duals, which its official name would take up an entire show – and the 40th annual Virginia Duals, the tournament that led me to the sport of wrestling and the Budd Whitehill Duals in Pennsylvania. But before we talk about that, here’s what happened Tuesday.

Now to the Duals Previews.