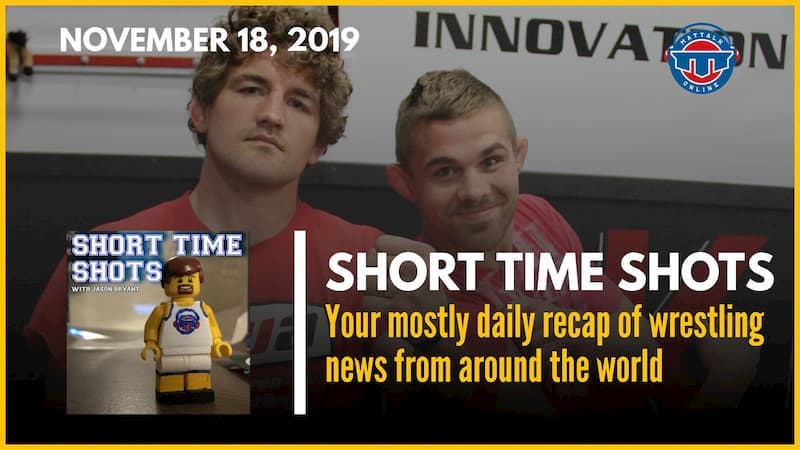 It was Monday. It didn’t snow. That’s all you need to know.

This is Short Time Shots, a mostly daily look back at the scores and more from the world of wrestling, I’m Jason Bryant. Oh, I bought a standing desk today. I’ll put it in the office when that finally gets done. Ever seen The Money Pit? Yeah, two weeks.

Notables on the Docket for November 19: