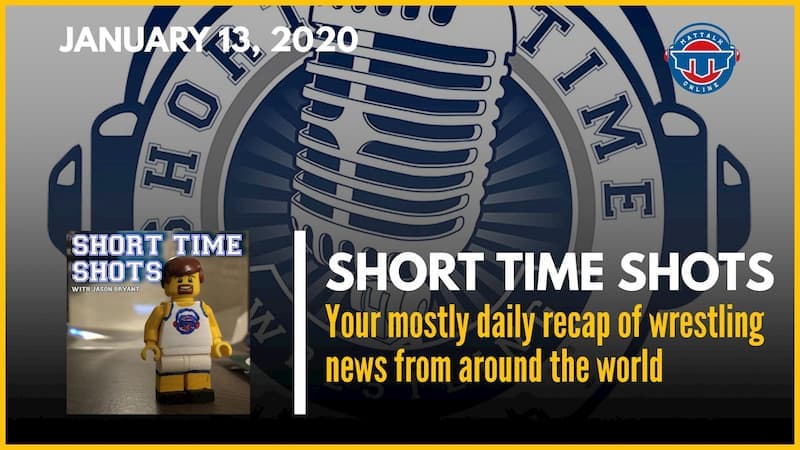 It’s late on the East Coast, semi late here in Minnesota and the College Football Playoff game is still going on as I sit down and blast out this episode. This is Short Time Shots, a mostly daily look at the scores and more from in and around the sport of wrestling, I’m Jason Bryant, and since there were no scores tonight, the show is about the “more,” today. Back home from Virginia and the 40th annual Virginia Duals. I’ve been to 24 and that tournament holds a special place in my heart. One of the more heart-wrenching moments came in the ODU-Virginia dual where Killian Cardinale, the starter for ODU, which as you know, is my alma mater, wrestled Patrick McCormick, a four-time state champion from my hometown of Poquoson and the son of one of my good friends, NCAA wrestling official Mike McCormick. I once had a similar instance where Bryan LaShomb of ODU wrestled Anthony Burke of UVA in a dual meet. That time, I was announcing. Burke was in my sister’s graduating class back in 2004, and I’d known him since he was in middle school. With Patch, who I gave a little local shout out to at the Midlands, I’d known him since birth. It’s one of those cool things that when you go to the Virginia Duals and see that type of matchup with both ODU and UVA coming from where they were about 15 years ago, it’s cool. Almost all those Virginia college teams are better than they were 15 years ago. Obviously Virginia Tech has carried the flag and George Mason will be improving under Frank Beasley. Now the Commonwealth added two Division III schools last week with Roanoke College and Emory & Henry. Let’s hope we aren’t adding too many teams, too fast, though. Strategery, right?