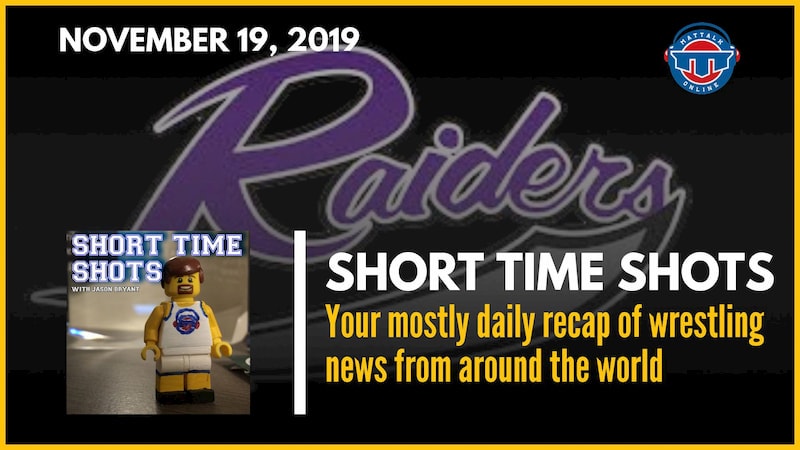 I’m Jason Bryant, and this is Short Time Shots, a mostly daily look at the scores and more from around the world of wrestling. My wife’s asleep, so I’m doing something different and recording this using the Backpack app on my phone. I’m standing in my 44-degree garage. And of course, this is now the second time I’m recording it, since stupid me tested it, changed a setting, but didn’t re-test it. So now I’m back in the garage. This isn’t my initial script, so screw it.

Notables on the Docket for November 20: