Short Time Shots: Keiser takes first win and how to interrupt a podcast (12-13-19) 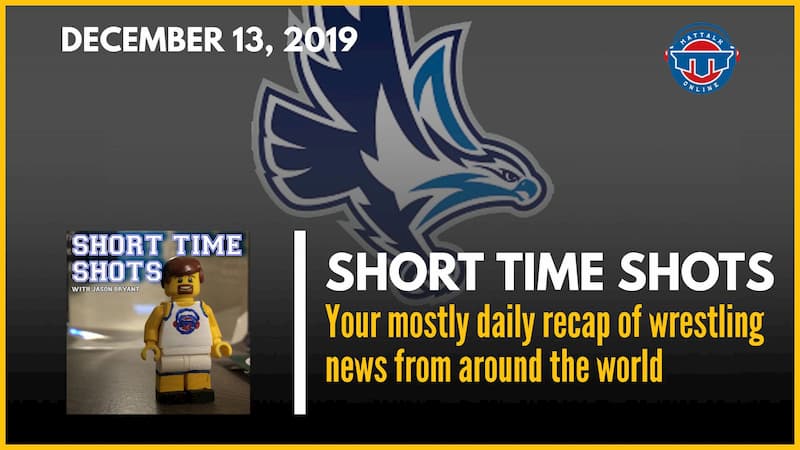 It’s Friday the 13th. It was perhaps the only cool thing about growing up with the name Jason. The whole mythological thing with the Argonauts hadn’t quite resonated just yet – and since I didn’t go to school at the University of Providence or play in Toronto in the CFL, those references were lost on me – just like those two COULD be lost on you.

This is Short Time Shots, a mostly daily look at the scores and more from in and around the world of wrestling, I’m Jason Bryant.

Before we get to the college action, the Walsh Ironman, one of the best high school wrestling tournaments in the universe is rolling on in Cuyahoga Falls, Ohio. To keep with the theme, Wyoming Seminary coach Scott Green says Sem has 13 entered, 13 survived on the 13th. Somewhat witty.

No truth to the rumor Coach Green was at Wing Warehouse with the seedy underbelly of the wrestling internet. Sometimes you get interrupted from recording a show by three people in said town of Cuyahoga Falls.

Minnesota Beer of the Night: You probably won’t find it by the time you get here for the NCAA Division I Championships, but it’s Surly’s Black Horsemen, which is brewed in collaboration with those fun-loving metal heads at King Diamond. Yes, THAT King Diamond. It’s a Danish style black lager – a style I fell in love with when I was at the Junior World Championships in Trnava, Slovakia in 2018. This isn’t quite as awesome as what I had over there, but it’s delicious and perfect at five percent – remember, I’m on untappd at jasonbryant12.

New Patron: Pat Fitzgerald. Yup. That one. Thanks Pat for your support over the years.