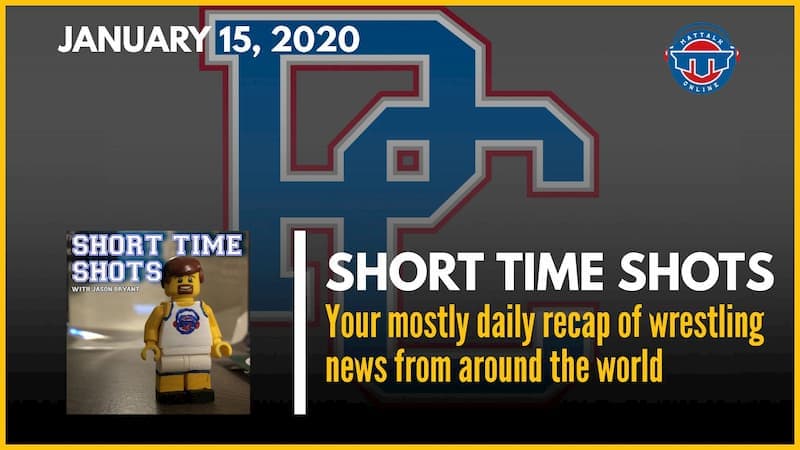 Got a two-star review on this here show the other day. The review, which was on the master Mat Talk feed and not this or the master Short Time feed, said they missed the longer shows and these short ones weren’t cutting it. First off, thank you for the feedback. Everyone has different tastes and this format has mostly been agreeable to listeners. This show, Short Time, actually started in this format in November of 2013. It went to interviews when the scores stopped, and the show grew from there. The interview shows aren’t done, but I’ve been busy handling the clients I have with the network. I’m also not going to chase the same interviews as everyone else. Doing things differently is what I’ve always done, but that being said, yes, I miss “my show” with “my interviews.” I’ll be picking them back up here soon, but I’ve always got a lot of irons in the fire. When my time becomes strained, I put my own shows on the back burner. I don’t put Short Time ahead of any other show on the network. These shots keep me fresh, help promote every level of wrestling and keep episodes in the feed. I don’t just want to stop doing shows and then lose the listeners. There’s over 70 wrestling podcasts out there. This was the second one. I know people have come and gone from the various Mat Talk shows. I like this format. I like the interview format, but this is also my business, I have to make sure my time is cost-effective. This is why I pitch the Patreon links at the end of each show. Maybe I can take the time away to develop the show ideas in the off-season, but as my wife says, wrestling has no off-season. I put out 448 episodes in 2019, always putting my clients and affiliate shows ahead of my own. Thanks for the feedback, constructive and positive. It’s all taken into consideration. That long winded intro is by your host, me, Jason Bryant, and this is Short Time Shots, a mostly daily look back at the scores and more in the world of wrestling.

Also, the Attack Style Wrestling Podcast will be coming back with NCAA champion Daryl Weber. We’ll record the first episode in over a year next week.