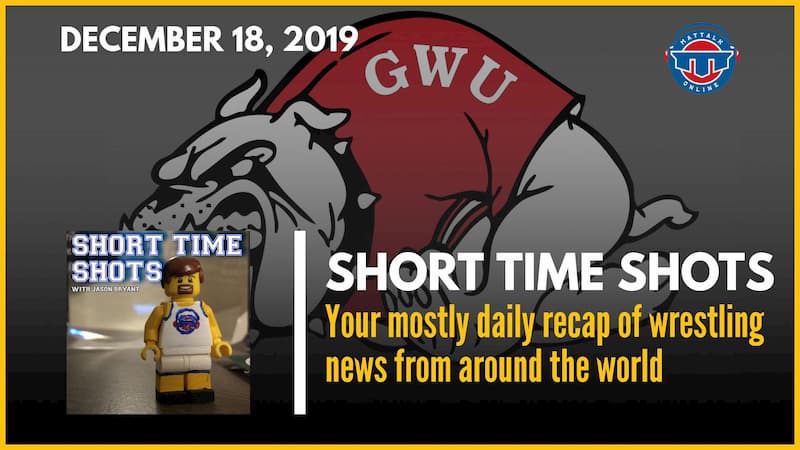 Yes, it’s late, it’s cold and I watched Elf tonight. That’s about all you’re going to get for a cheeky intro.

This is Short Time Shots, your mostly daily look at the day’s scores and more in and around the world of wrestling. I’m Jason Bryant.

Minnesota Beer of the Night: Last night, the Facebook Live crowd didn’t get to hear my lackluster review of a beer I didn’t really like that much, which was Tin Whiskers Orange Dream State, which was an orange cream ale. Have no fear, here’s a better review, at least, an improvement as it’s Bad Weather Brewing’s Immortal Toast, a coffee infused white stout. Yes, that is such a thing. It’s surprisingly awesome.

New Patron: As a result of this thing going live on Facebook last night, we picked up another Patron, this one from Lauren Ruppert, the sister of one of my high school teammates and drill partners. What’s interesting is one of my other drill partners, Curtis Booth, lived up here for six months on a work contract. As soon as it snowed in November, he was out! He was about 2 miles from me – he came by the house last week before he left. Good stuff, Bull Island. This is one time you get mentioned in the media and it’s not an Allen Iverson documentary. She gets a glass, a shirt, some other free stuff, and of course, this shout out. “We’s gonna need some mohr wrassler’s on this heah football teem.”

Notables on the Docket for Thursday: