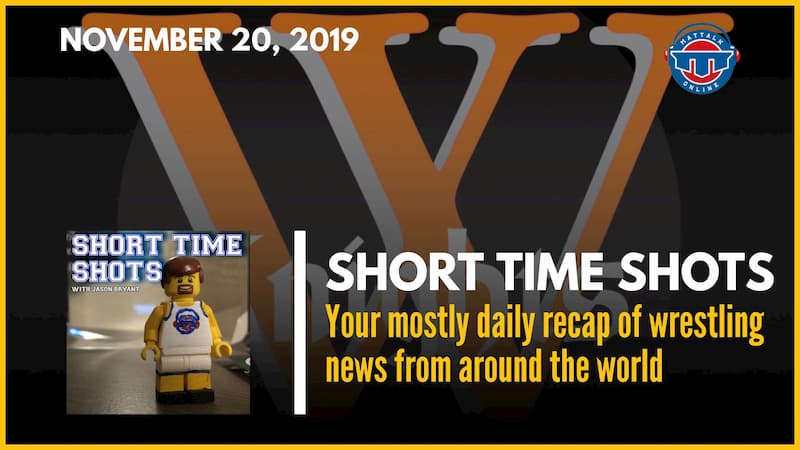 Don’t think I’ll be using that AirPod/Backpack Studio connection in the future, especially in the garage. My wife took slight exception to the note about the noise, but after nine and a half years of marriage, I still like to poke a little fun. I’m Jason Bryant, and this is Short Time Shots, a mostly daily look at the scores and more from around the world of wrestling. Anyone else hate Comcast? Not going down that rabbit hole.

Notables on the Docket for November 20:

If you'd like to SUPPORT THE SHOW and all the on-demand audio offerings, free newsletters and historical research. You can support this program and the Network by making a small monthly contribution or one-time donation by going to mattalkonline.com/jointheteam. Venmo, PayPal, Buymeacoffee.com or Patreon, but here’s the perk with a monthly Patreon contribution – you get the cool perks like branded shirts, glasses, hats, digital preview guides, shout outs on the show and even a chance to be on Short Time!