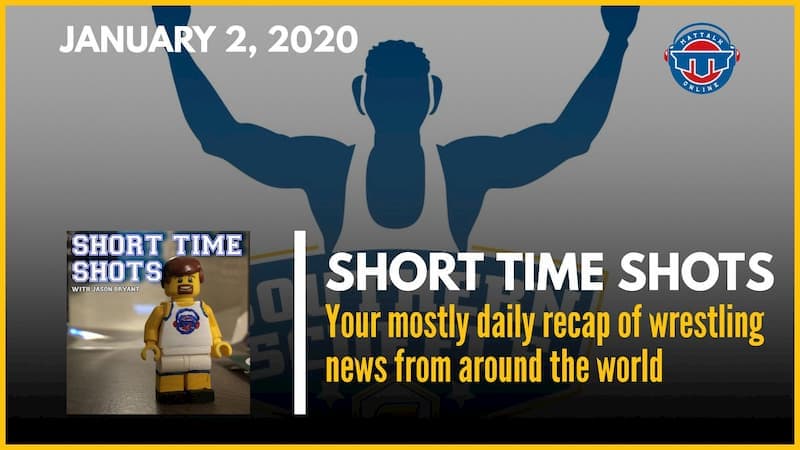 There isn’t a whole lot I’m going to go in-depth with tonight, but it’s now 2020 and oddly, this will be statistically the third decade I podcast. Yes, I realize that starting in 2009 and then going through all of the 10s into the 20s is basically 12 years, but whatever. This is Short Time Shots, a mostly daily look at the wrestling scores and more from around the world of wrestling, I’m Jason Bryant.

In case you’re wondering, this will continue to be MOSTLY a weeknight show, since I also need to have some semblance of a life on weekends (but I still do the newsletter) and I figure most wrestling fans have an opportunity to consume what’s on the web on the weekend. Or, I’ll just do it on weekdays when relevant, because it’s my show. And probably nothing on Friday night, since I’m heading down to The Clash.

Minnesota Beer of the Night: I’ve been kind of holding out on this one – it’s Castle Danger’s Castle Cream Ale. This was a small brewery in Castle Danger, Minnesota, which is a real place, but now it’s grown to the point it has its own spot in Two Harbors, just north of Duluth. This is a beer that if it’s on draft where you’re at, you buy it. It’s really everything I want in a beer. Not heavy, not hoppy, just smooth, crushable and awesome. I’ll be honest, it’s almost always in my fridge.

New Patron: Mike Conley, a guy I’ve known a long time from his days wrestling at York High School in Virginia. York has a cool history and Yorktown itself is one of those places where history buffs can spend days on end and still not discover all the world-changing events that happened there. Thanks Mike for your support, but that’s the only love I’ll give to those Falcons – well, there’s that one time where I picked Jason Dye to win the state title. Jason Fulmore also jumped on, he’s the guy behind SoutheastWrestling.com. He’s trying to start something rolling there in the south when it comes to wrestling, I’d encourage you to give it a look.