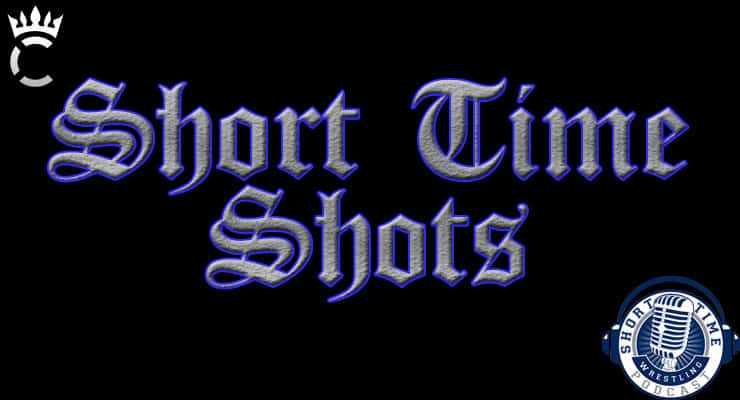 Hey wrestling fans, it's a Short Time wrestling minute giving you a quick breakdown of the happenings on the mats from November 15, 2017. I'm Jason Bryant and I like the movie Better off Dead.

This was the format that originally started Short Time, but now I'm bringing it back. Maybe not every single day, but each morning when I can, I'm going to rock out some notable things you should be paying attention to in college wrestling. Or just wrestling in general.

First, we start with the Ladies as second-ranked Campbellsville saw its senior night be a success as the Tigers knocked off the University of the Cumberlands 31-12. The Tigers are now 10-0 on the season.

A few notables in Division III, first in a Keystone State battle, Elizabethtown upended #14 York College of Pennsylvania 22-19. The match came down to heavyweight where Erik Ekstein's takedown with 19 seconds to go broke a 1-1 tie and gave him and the E-Town Blue Jays the win. A big E-Town victory came at 149 pounds where Joe Ghione topped All-American Gregory Warner 7-4.

Also in Division III, Joe Norton's North Central Cardinals knocked off #18 Augustana College 24-15, spoiling the debut of new Vikings head coach Tony Willaert. Also, this is the Augustana in Illinois. The one in South Dakota is now Augustana UNIVERSITY. They both ? are still the Vikings.

A pair of top-ranked teams also cruised. Keeping it in Division III, Warburg won its 198th Iowa Conference Dual in a row in beating the Storm of Simpson 38-10. McKendree, #1 in Division II, pounded NAIA Missouri Baptist 42-6.

And the annual outdoor dual between Division II Belmont Abbey and NAIA St. Andrews went the way of Belmont Abbey 33-12 on Wednesday afternoon. The Crusaders won seven out of 10 to cruise ? get it ? to the win.

As always, your support is appreciated by going to our Patreon page and joining our team of supporters. Your contribution helps us produce original on-demand wrestling content for the wrestling community and its fans. A dollar, two or 10. It doesn't matter – Join the team and contribute at mattalkonline.com/jointheteam