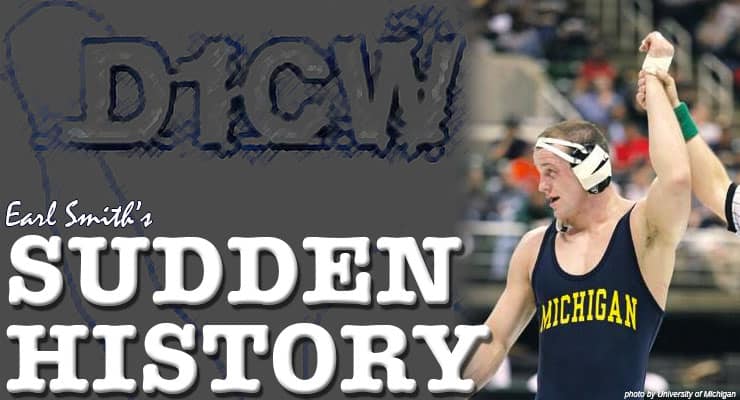 From Bozeman, Montana to the Big Ten and buying a house in the suburbs of Indiana, Tyrel Todd is in the process of an unbelievable journey.

He established himself as one of the top upperweights of his era in the tail end of the 2000's first decade. Todd was a 3x All-American and Big Ten Champion for the Michigan Wolverines wrestling at 184 and 197lbs. Todd gives Sudden History a glimpse into his biggest influences from a wrestling standpoint and even the story behind how wrestling brought him to meet his future wife.

Now Tyrel Todd is an assistant coach for Purdue and talks about their highly touted incoming Freshman class, as well as the recruiting process altogether.