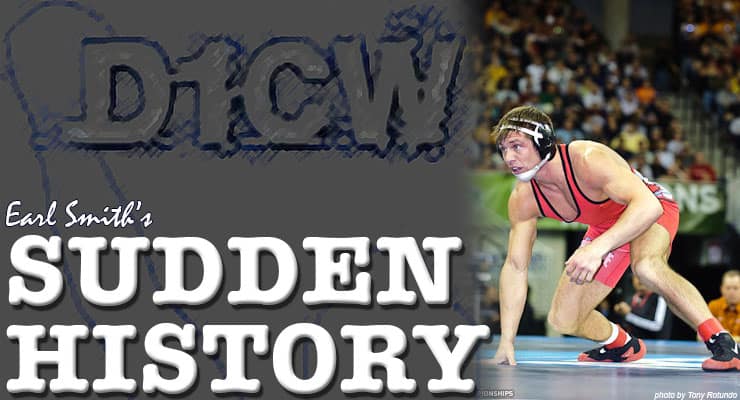 Ohio State 4x All-American turned MMA star Lance Palmer talks with Sudden History about his competitive career wrestling, as well as fighting. He walks us through the time period leading up to his last fight, where he lost the World Series of Fighting Featherweight Belt.

One of only two wrestlers to defeat Brent Metcalf in collegiate competition, Palmer discusses his victory over Metcalf and also his prior matches with the Iowa 149lber. Lance uses his blend of humor and “in your face” honesty to describe topics such as the origin of his nickname the Party, the tanning habits of Ohio State wrestlers, Bone Thugs N Harmony, and being known in the Smith household as the “Bear Wrestling Guy.”