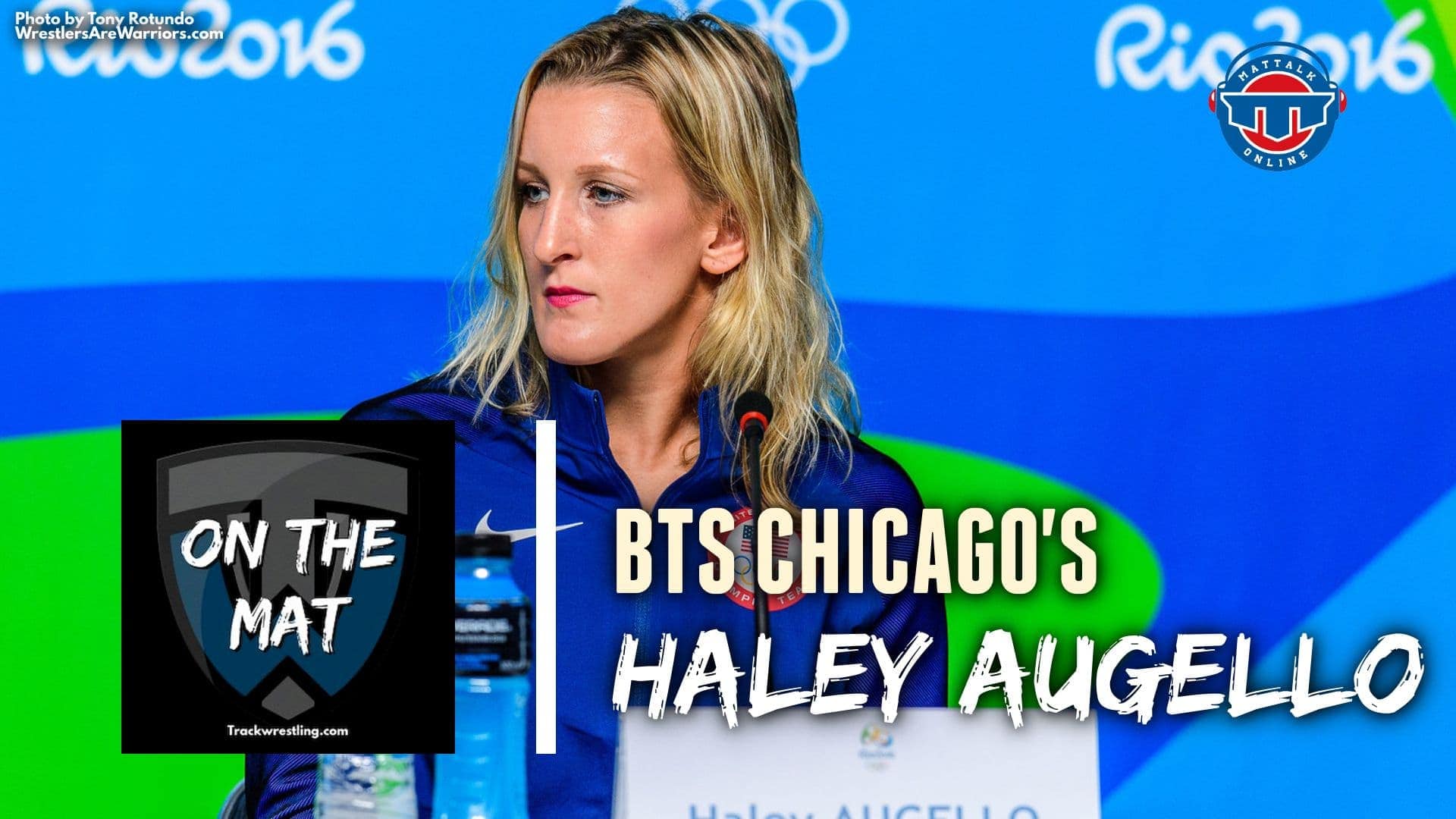 On The Mat returns as Kyle and Andy talk with Haley Augello, an Illinois native who represented the United States at the 2016 Olympic Games in Rio in women’s freestyle wrestling. Augello was also a 2017 World Team member and was a 2011 Cadet world champion. She’s the new women’s coach at Beat The Streets Chicago. Join Kyle Klingman and Andy Hamilton On The Mat, the flagship podcast of Trackwrestling.com.