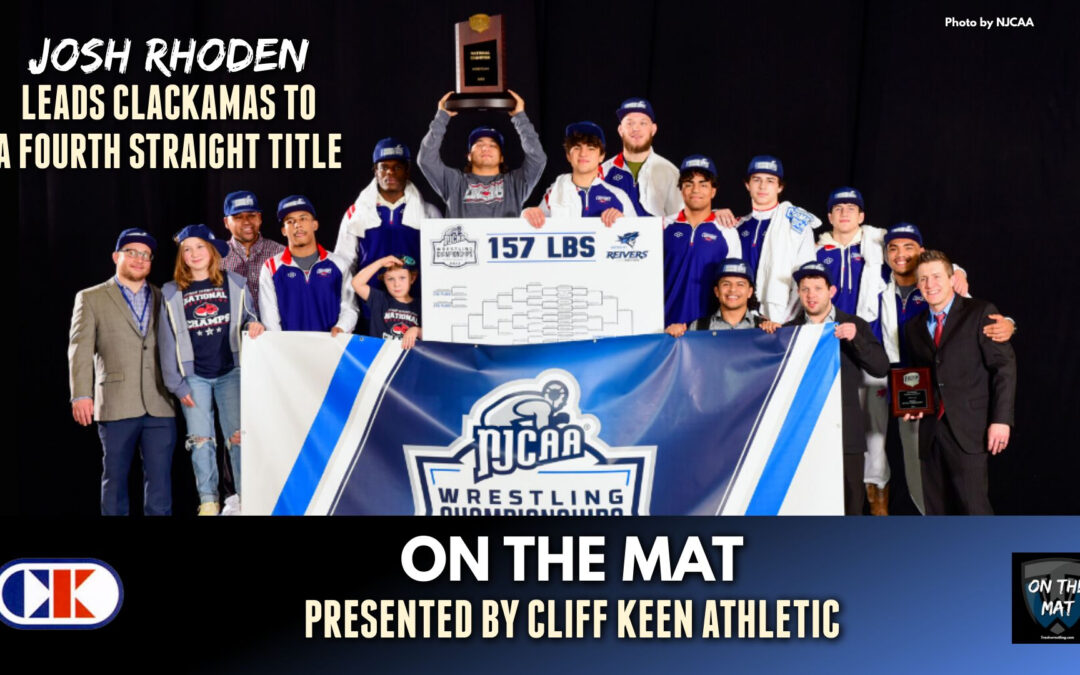 Clackamas Community College in Oregon City, Oregon won its sixth NJCAA national wrestling championship a couple weeks ago in Council Bluffs, Iowa and head coach Josh Rhoden is on the program to talk about it. The title is the Cougars’ fourth in a row and fifth since 2011. The first national title was won back in 1971. Rhoden comes on the show to talk about the program, the performance and more.

10:30 – Kyle and Andy with their thoughts on the Big 12 and Big Ten tournaments.