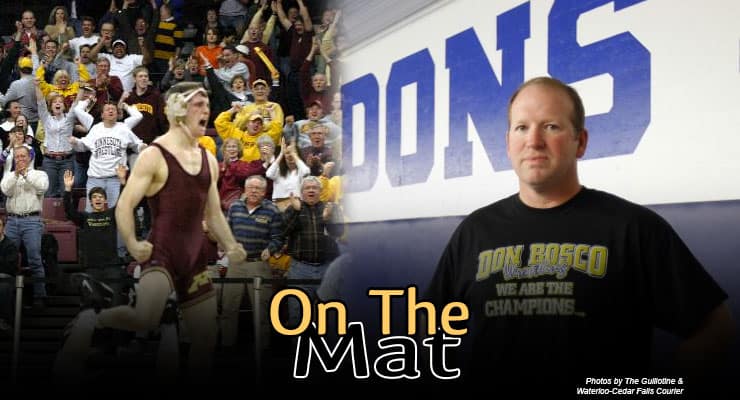 This week’s edition pays tribute to the life and legacy of Doug Reiter. Reiter passed away on Friday, Oct. 24 of brain cancer. All four of his sons—Joe, Mack, Eddie, and Bart—wrestled for Gilbertville-Don Bosco. They combined for nine state championships, 11 appearances in the state tournament finals and 15 state tournament place winners.

The Reiters were given the Family Legacy Award from the National Wrestling Hall of Fame Dan Gable Museum in 2009.

Mack won was a four-time state wrestling champion (2000-03). He went on to wrestle for the University of Minnesota where he was a three-time All-American. Mack was inducted into the Glen Brand Wrestling Hall of Fame of Iowa in 2014.