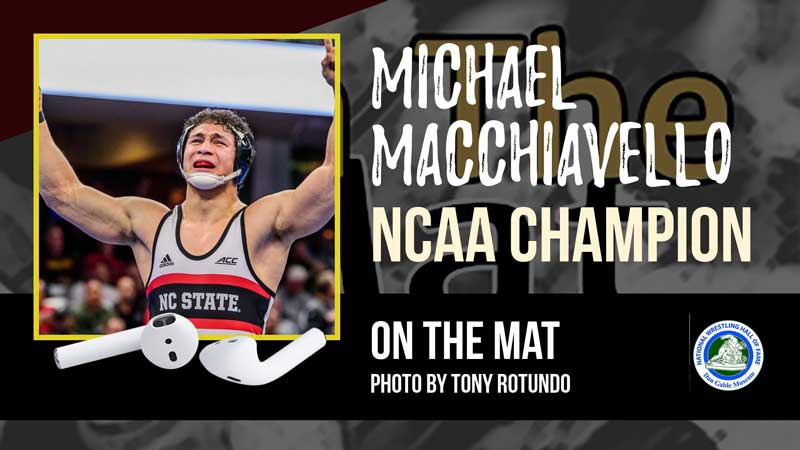 North Carolina native Michael Macchiavello never won an ACC title, but in 2018, he won the NCAA Division I championship at 197 pounds. He joins On The Mat to talk about his run and the AWL.

“On the Mat” is a presentation of the National Wrestling Hall of Fame Dan Gable Museum and is hosted by the Director of the Dan Gable Museum, Kyle Klingman, and Trackwrestling Content Manager Andy Hamilton.

JOIN THE TEAM
And if you're a fan of the extensive and broad-based reach of the shows on the Mat Talk Podcast Network, become a TEAM MEMBER today by going to www.patreon.com/mattalkonline. There are various levels of perks for the different levels of team membership. If you like wrestling content — scratch that — if you LOVE great wrestling content, consider becoming a team member. You'll get some cool stuff too.