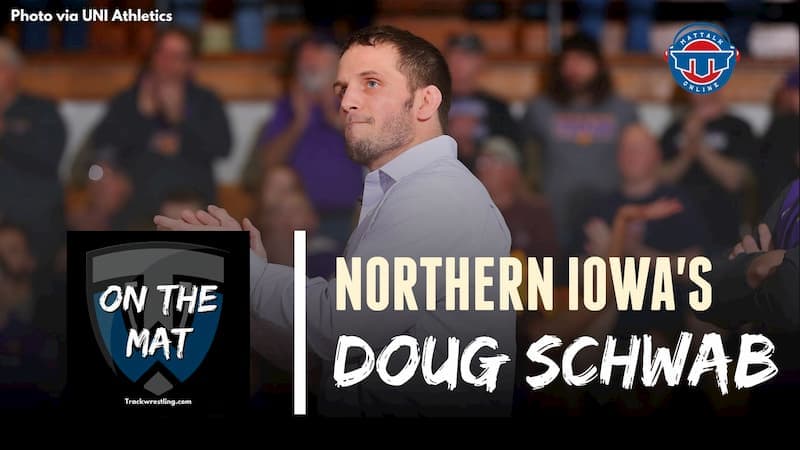 Northern Iowa head wrestling coach Doug Schwab goes On The Mat this week. Schwab, an Iowa native, was a three-time All-American at the University of Iowa and won the 141-pound individual title as a sophomore in 1999. He's currently in his 10th season at the helm in Cedar Falls. Doug was a 2007 men's freestyle U.S. World Team member and a 2008 Olympian. Join Kyle Klingman and Andy Hamilton as they talk wrestling from around the globe each week via Trackwrestling's flagship podcast, On The Mat.

SUPPORT THE SHOW
If you'd like to SUPPORT THE SHOW and all the on-demand audio offerings, free newsletters and historical research AND you want to get some of that cool Compound gear, you can support this program by making a small monthly contribution to the network by following this link.